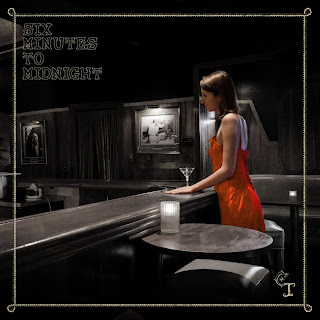 "The Motor City is a down and dirty place to be these days. Captain Ivory’s music reflects this sentiment with a raw power that mirrors the crumbled rubble of a Detroit city street. The same streets that laid the groundwork for some of Rock N’ Roll’s most acclaimed artists–Captain Ivory kept their ear to the pavement to blend sounds both new and old. A sound of legends who’ve walked before, with a twist of new that is sure to get your feet tapping and hands clapping…"

Aside form a live album put out late 2012, this is the band's debut "single." It's only two songs but they pack quite a punch. Who says need quantity when you have quality. These are some of the best sounding songs I've heard in a while. The songs boast some strong vocals, a big sound and benefit from some great song writing and production. They set the bar high for any future recordings. Listen and you'll see exactly what I'm talking about.