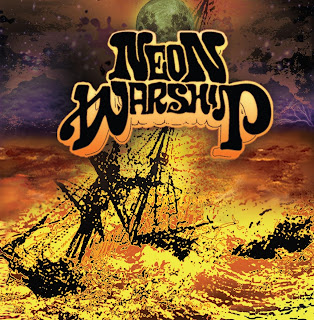 Ohio's Neon Warship was one of the first albums released in 2013 that grabbed me by the collar and said "Listen here pal, you're going to listen and you're going to like it." Who was I to argue, after all, the first few notes from "Carry You Away" were addicting enough that I needed to go to rehab. In typical celebrity fashion though, I slipped through and out of rehab and went back for more.

The album boasts some killer music. It's got something for everyone. It's stoner rock, hard rock, doom, metal, blues rock all rolled up into a huge ball of awesomeness. There's enough hooks to make sure it gets burned in your ears and stuck in your brain. If you like hard rock, stoner rock, classic rock or a combination of anything like it, Neon Warship is for you.