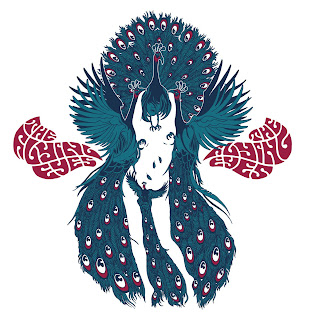 “…The Flying Eyes appeared and cast their hypnotic power over the crowd.”

The Flying Eyes are a heavy, psychedelic rock band hailing from Baltimore, Maryland. Their name comes from a 1962 science fiction novel about giant, disembodied eyes that descend from outer space to control humanity."

A compilation of the "Bad Blood" and "Winter" EPs, re-released as a self titled full length by Trip in Time/World in Sound Records. This is the album that got the band going. It turned heads, many heads. Their blend of heavy psychedelic blues rock is a unique and welcome addition to any music lovers collection. In the years since this release, the band has progressed a bit towards the psychedelic side but has kept their sound. This is a great introduction to the band. Listen now, stream it, buy it, love it, this is pure gold here. You're not going to hear this on your top 40 radio stations, ever. That's ok, the general population that listens to that crap wouldn't know what to do if they heard good music. You do though.