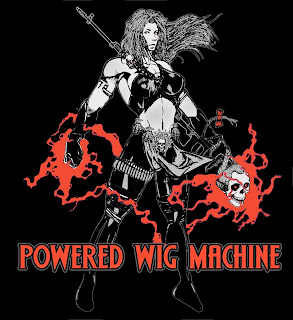 While the band readies their upcoming release, I'd like to take a quick moment to introduce to you, if you haven't already heard, Powered Wig Machine. They hail from the mighty Southern Arizona, home of some pretty gnarly and kick ass underground bands. This EP packs the mighty punch. Enough that you'll get a hernia just for turning an ear in the general direction of your speakers. Whiplash will ensue as well.