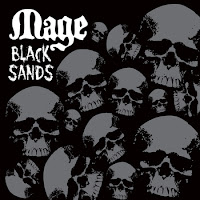 Crawling from some desolate, druidic Anglo fiord, Mage stomp across the wasteland, trampling all bloody corpses in their way.  "Cosmic Cruiser X" is an epic of doom, grunge, sludge and stoner all brewed together into a battlefield assault of crushing riffs and maniacally heavy bottom end.  With bands like Grifter, Stubb, XII Boar, Tricorn, and now Mage plowing through the UK subteranean tunnels and catacombs, it's safe to say that the heavy rock underground in the UK is breeding a special brood of mutated ugliness.  It'd be a fine place to get lost.  Check these cats out.  Black Sands is a true beast. 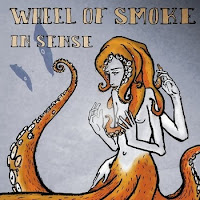 Wheel of Smoke - In Sense

Way freaked out, heavy, heavy psych complete with vocal samples from Allan Watts in some of his more esoteric, heady explorations.  And when I say heavy psych I mean way heavy into psychelia, not protometal.  Recorded in Antwerp, this four piece mix the slow and acoustic with the heavy in a seamless fashion that flows and ebbs like that line of acrid smoke you see rising from their bong and heading straight to their patch of acid tabs.  You want music to lose reality to, I got your answer.  But don't go thinking it's all disorganized jams and space rock noodling.  These songs really hang together within their own structure, and while they take their time to develop whichever idea floats upon their THC haze, they don't lose the plot.  In the end, it's all just a damn good reprise from the pounding. 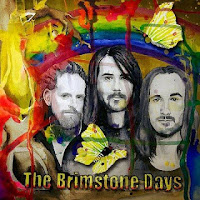 The Brimstone Days - On A Monday to Early to Tell

For some reason I haven't been hearing a lot about these guys and for the life of me, I can't explain why.  With their rip-it-all-apart attack on classic '60's and '70's rock, you'd think every retro-head, and Hendrix freak would be tuned into this slab of freaky, funky, decidedly groovy heavy psych.  Think Hendrix and Free and Humble Pie and a tip of the hat to Leaf Hound and you'll get the feeling.  These guys aren't retro, they're really from the 70's and they're really living and playing it with abandon.  Kicking off with "I Need Soul" this is a must explore for all fans of energetic rock.    On the fantastic Transubstans Label, home of some of the best retro-rock on the planet, you know you're in safe hands. 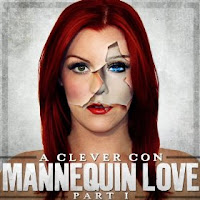 Another epinephrine burst of spasmodic, alt-rock from A Clever Con.  Really, these guys are the masters of writing some of the most complex riffs I've ever heard in my life and wrapping them up so tightly in a song laden with melody that it never becomes overwhelming.  Frankly, I don't even know how these cats can even play some of these riffs.  I have images of them spontaneously growing fingers at random times to hit some of the notes, but I suspect that's not true.  Just freakishly talented musicians.  Prog tendencies rear their heads in songs like "Mexico" while others like "Twentysomething Blues" explode in an adrenaline rush.  Never chaotic.  Always fresh and surprising.  It's only a matter of time before A Clever Con make a huge name for themselves in the modern rock set.