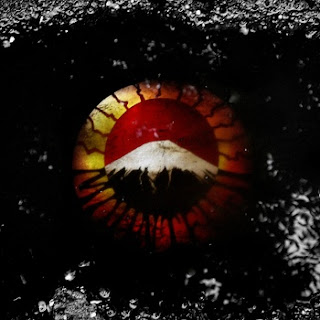 When Sepultura’s Arise was released in 1991 it was the culmination of practicing years of death/thrash and blew up the scene with an urgent sound that hinted at the band to come. For some fans this is the last album they would tolerate from a band that would delve deeper into tribal rhythms and even heavier sound.
Now Mount Fuji, from Leipzig and Chile, might not have three albums to fall back on but they have released seventy minutes and I suspect they might have a few twists and turns in their future. It’s because I sense this that I like this album. I feel like we are on the ground floor of something great here if they are willing to cut their own creative path.

I hear riffing guitars on the track Just Human, slow into jam out sweetness and the gruff vocals chill into Eddie Vedder territory. Countering this is scads of pinch harmonics to remind us this is heavy metal, not grunge. By the end the singer is really starting me to feel something when he finishes the track off with a curse word, insuring no radio airplay. Though doom and grunge isn’t too far apart, neither is heavy metal and grunge, Temple Of The Dog is an example. Mount fuji hits these notes but with an even cleaner guitars and snappy drum production.

On the other side of their sound is say early Sepultura or later Pantera. Maybe it’s the constant muting and the near constant squeal of pinch harmonics that is always reminding me of more dramatic metal bands. With the shoulders of Accept and Helloween to stand on I can hardly blame them.

The album starts off strong with Vier. A wall of sound breaks down into a slightly doom feel and maybe that’s a good definition of this sound “breakdown doom”.  The vocalist is screaming loud at the void and the sincerity that cuts through the thick german accent, might even coax the swirling nothingness to tell it’s secret. Before it can though it kicks into the second track Neun with chugging guitar riffs that scream 90’s groove metal. I would probably use this album to wake me up on a late night drive because it smooth enough to not test my nerves while still as powerful as trucker speed.

Even with over an hour of music, I find myself looking to the future of this band, hoping it will be epic heights of genre bending madness and not just noodling around.