Kobo Town - Jumble In The Jukebox 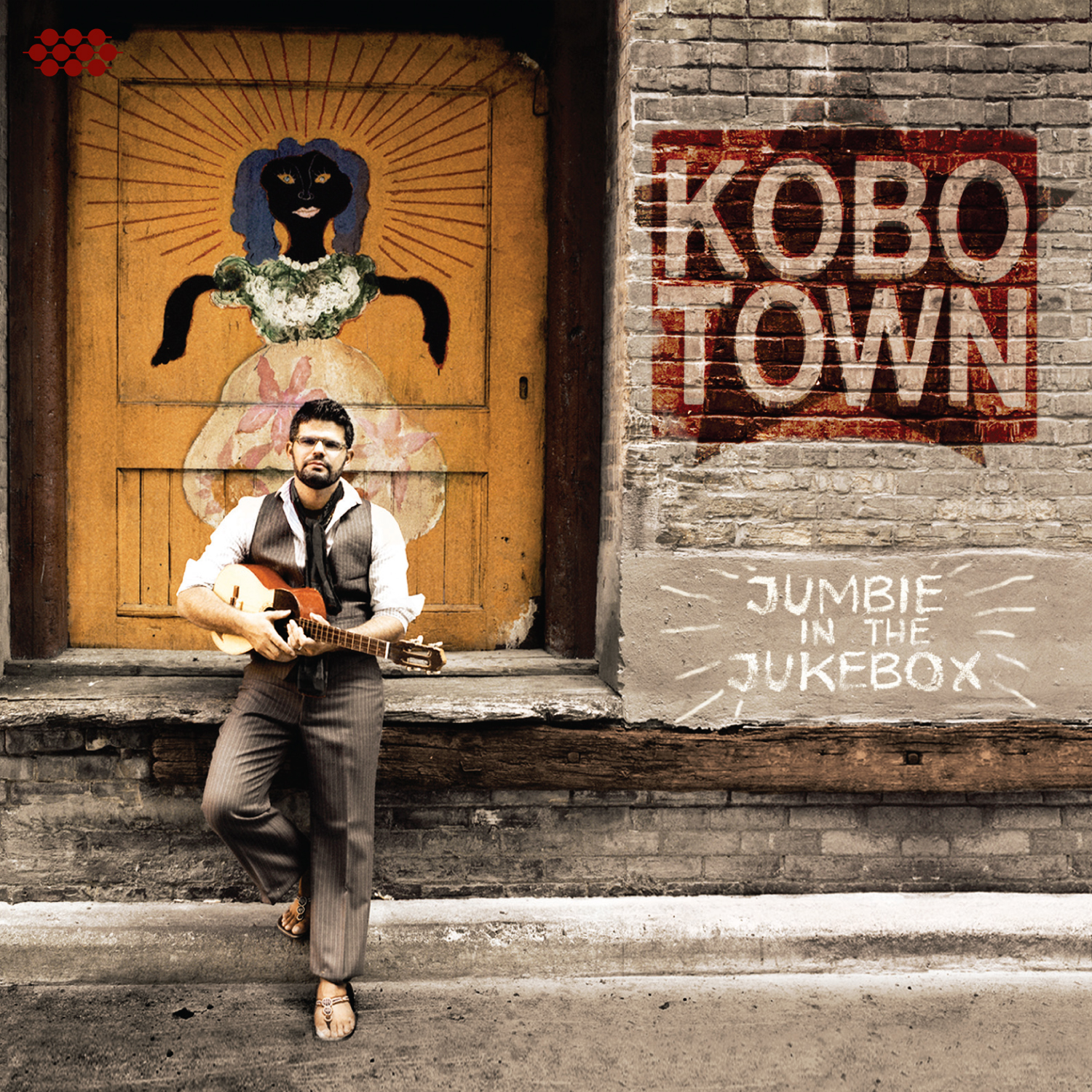 I love the clear blue water of the Caribbean Islands, the eclectic mixture of native and European cultures and architecture, beautiful weather, laid back local attitude, coffee, rum and the music.  Oh yes, the music.  It reflects the culture and language of the Islands.  Calypso, chutney, cariso, salsa, soca, reggae and jazz music fill the air.  It is accented by European, African, American and Indian influences.  Put it all together and the music, arrangements and cadences match the heart and enter the soul.  Adding lyrics with a point of view and a message can produce some extraordinary musical results.  A few artists that have applied this formula are Bob Marley, Peter Tosh and Jimmy Cliff.  However, the lyrics need not be topical or political to make the music of the Islands enticing.  Many artists have used the beauty of Caribbean music to accent their popular recordings, such as Johnny Nash in his hit "I Can See Clearly Now"  and Trini Lopez with "Lemon Tree."

Add Kobo Town and their new album, Jumble In The Jukebox, to spice up the shuffle on your smartphone.  This is Kobo Town's second album and serves as a lyrical outlet for Trinidadian Canadian songwriter and frontman Drew Gonsalvez.  The twelve songs packed into Jumble In The Jukebox run the gamut from protest songs to observations on the human condition.  They are contemporary calypsos and socas on a grand, but, accessible, orchestrated scale.  They are world music and high art punctuated by a tropical influence, an infectious beat and island time.

What do I mean by "island time?"  Well, let me tell you a short story. After being certified as scuba divers my wife and two friends of ours set off for a vacation in Barbados.  When we arrived, at 2:00 a.m., after 14 hours of travel including layovers, the reception desk had our reservations but had rented out our rooms.  But, as the reception clerk said, "It's no problem sir, we'll find you a place to stay until other guests move out."  We stayed in the lobby until 4:30 a.m. when the clerked returned and woke us as we slept in the lobby. "Sir, we have found a room on the beach at another hotel and you can come back here when we have a room. I have called you a taxi to get you there. See sir, no problem!"

The taxi arrived and we piled in with our luggage. The driver asked, "Where to?" I pronounced the name of the new hotel and he looked at us oddly.  I said, "Is something wrong?"  He replied, "Do you speak German?" I hesitated, "No, why?" He looked in the rearview mirror, "Oh, nothing, it's no problem!"

We arrived at the beach hotel as the sun began to rise.  We checked in and the baggage valet showed us to our room.  As we walked the hallway guests were leaving their rooms making their way to the continental breakfast - they all spoke German.  I asked the valet if he could put out a "Do Not Disturb" sign and provide us with a wake up call for noon.  He responded, "Yes sir, I can put out the sign but there is no telephone in the room."  I asked, "Is there an alarm clock?"  He said, "No sir, no alarm clock."  I worried, "So how am I supposed to make sure I get up on time?" to which he immediately replied, "No worries, sir, no problem!"  He promptly posted the "Do Not Disturb" sign, closed the door and left.

The entire time we were on Barbados the standard native islander response to every question and request was "no problem!"  From that simple world view there is another, more natural, rhythm in the stress of time and place that propels us forward.  Instead of anxiety due to uncertainty, there is a certitude that everything occurs as and when it should, even if it is an unwanted surprise.  It is "no problem."  It is island time.

That is what Drew Gonsalves and Kobo Town bring to the listener with modern, updated, folksy, well performed and orchestrated original calypsos, reggaes and socas.  Grab a rum and coke, or, better yet, an island punch; queue up Jumble In The Jukebox and soon you too can be on island time.