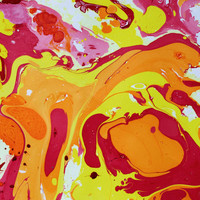 Katla - I Will Hunt You Down

When I was a kid, I used to watch the Saturday afternoon Hammer horror flicks with a particular duality. I wasfascinated and frightened at the same time. I was too young to know that I was also titillated by the exploitative aspects of the movies, I just knew I liked the witch cult and vampire scenes and Christopher Lee was one creepy dude. This record takes me back to those times.

In my visions, I am transported into that world. I've just escaped the grey, fog shrouded haunted mansion of horrors presided over by Christopher Lee and his minions. I wake up on the forest floor after a night of running for my life and I am greeted by fresh sunlight filtering through the trees. The air is crisp but the sun warms my bones and in turn gives me hope for the new day. I rise, and begin following a deer trail I spot in the underbrush. As I approach a clearing I began to smell the welcoming traces of a campfire and with it, elation that I am to be saved at last! But when I look up from the trail and emerge, I find that I have stumbled into a meadow filled with a large coven of women dancing with abandon around a bonfire. Their naked bodies are drenched in sweat, but they have no awareness of my voyeurism, as they are in a trance brought on from the pagan ritual that began the night before. Some of them are wearing deer heads over their own and others have blood smeared on their glistening breasts. I should be frightened but I am seduced by the primal spectacle before me and stare slack-jawed.

At this moment, the high priestess steps from behind the bonfire, chanting with eyes rolled back in her head, her black robes flowing around her, blown by the intense heat of the fire. Suddenly, she stops, sniffs, and her eyes roll down and instantly meet my gaze. All the blood runs out of my head. I recoil at her fangs as she screams commands in latin; I spin and run into the forest, being chased by her enthralled sycophants. Is it fear that I feel as I run through the forest? Confusion overtakes me when I realize it is actually invigoration.

My feet cannot propel me away from my desire. I am overtaken and laid out on the forest floor. The blank death stare slowly emerges as I am slowly drained of blodd by this vampire witch cult. And underneath the stare, beyond the pain, past the horror, I feel contented satisfaction.

Disgusto-bathtub meth-addled punk sludge from the glorious heartland of America.  Slithering from underneath whichever moss-encrusted rock they used for refuge during their last hangover, Male Bondage brave the sunlight to drop off this 5 song traveling mosh pit of post-stoner slime.  Vocals gargled out in belching bursts of air, guitars muted and strummed with hammers for picks.  The opener, "Entrance Music" is such an impossibly slowed-down, and lumbering post-Sabbath doom fest that I couldn't tell if I was playing a 45 at 33 RPM.  But I need not fear.  The punk blitz of "Violent Cravings" ramrodded straight into my brain next, letting me know that the speed was right.  As was the whole damn package!  Stoned out farts of punk fury, mixed with fuzz and spit. The boys are even crafty enough to toss in a touch of indie rock charm to "High Road," without ever losing sight of the fact that they just really don't care.

Side two, shows a touch more of the bands chops with "Voice of Reason" exploding with post-hardcore punk and some pretty serious guitar chops.  "Bondage of Men" wraps it up with pure bile and axle grease.   If that doesn't all sound like the key ingredients to a good night's party, I don't know what is.

Someone call Ripple band, C.F.A., I may have just found their perfect touring partner. 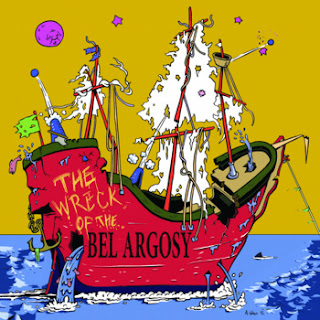 Bel Argosy - The Wreck of the Bel Argosy

Warbley, lo-fi punk a la The Replacements with enough of a D.I.Y. ethic and passion to be charming.   A touch of garage/surf vibe even permeates side B opener, "Yer Business."  Each song chugs along in pure blissful blinders-on obliviousness to the music trends, but with full understanding that their music will never break the big time and they just give a fuck. They're gonna pump it out and play with full abandon and rock and stick that finger right up the man's gloryhole.

Gotta respect that.  Being a sucker for D.I.Y. garage punk, this one's sounding pretty damn good to me.  If you like bands like Replacements and Jay Retard, you'll probably find much to love here. You can buy the 7" (which is a nifty little 4-song package) or get a free download.  Or both.  Take a listen below. 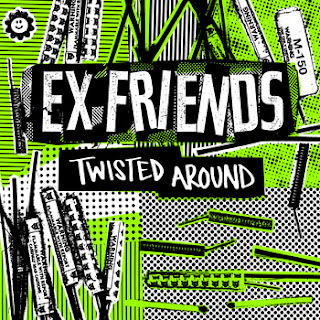 A smattering of Oi! punk mixed with pure on gut-charging mania makes Ex Friends a frenetic good time.  Songs like "Punk Rock Wedding Punk Rock Divorce" simply rock. Dig the male/female gangland vocals on the chorus.  A nice touch that picks this up above the ordinary.  Combine that with a lead foot welded to the accelerator pedal and we're off and running full speed.

Male vocals are appropriately gruff and lye gargled.  Guitars chug along at near light-bending speeds and drums and bass attack like a pitbull on a poodle.   Still, the band manages to balance this fury with some dynamics, like the relatively slow and melodic "Rainy Season."

The PR says for fans of Leatherface.  I'll agree there.  I don't know Yo-Yo Records in Germany, but if this is the quality of the stuff they're putting out, I'll be keeping my eyes open.