Gift Of Gab - The Next Logical Progression 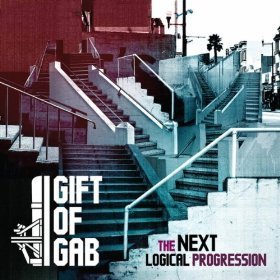 It Begins:  Penfold is born.  Behold; the universal starting point.

Progression #1:  Penfold listens to the music his parents play in his family’s home.  It is clear that the little tyke enjoys what he is hearing.

Progression #2:  Penfold is given his mother’s old stereo, which is promptly put on top of his dresser.  Alone in his room, he tunes the FM radio to his parents’ preferred station.  He then further enjoys the songs he has become familiar with based on his parents’ listening habits.

Progression #3:  After beginning middle school (6th grade) Penfold speaks to his friends and realizes that there is a whole universe of music that he has not heard.  He readily dismisses this musical universe however, maintaining that if his parents don’t like any of this music then it must be bad.

Progression #4:  The music Penfold identifies with changes radically thanks to two well-known culprits, puberty and high school.  Right on cue he embraces the fact that parents never like much of the music their children listen to and thus their tastes can’t be applied as a benchmark going forward.

Progression #5:  Penfold becomes employed!  Earning paychecks means he is no longer limited to the radio for musical sustenance.  Historically speaking, this marked a major turning point in the evolution of Penfold’s musical fanaticism.

Progression #6:  While obtaining a higher education Penfold discovers he has a near unquenchable thirst for interesting music.  He readily sheds most of his naïve opinions which labeled entire musical genres as “garbage”.  The truth, brought on by listening to amazing act after amazing act across the musical spectrum, set his ears and mind free.

The Next Logical Progression:  Having derived all the pleasure he possibly could from music, Penfold puts down his headphones and devotes the rest of his life to becoming the world’s foremost expert on lichen.  And zen gardens too!  Definitely zen gardens! 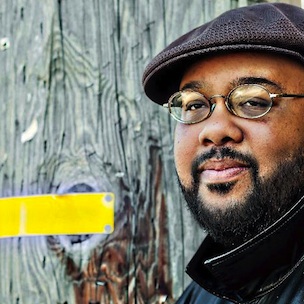 Waveriders, waveriders, waveriders.  Who among you has ever been let down by a new release from one of your favorite artists?  I imagine that would be almost everyone reading this post.  Let’s face it.  If you are even remotely serious about music then at some point the aforementioned scenario will have reared its ugly head.  It is as unfortunate as it is unavoidable.  That’s what makes The Next Logical Progression by the Gift of Gab so special.  Allow me to explain.

Many years ago I was exposed to Blackalicious’ spectacular album Blazing Arrow.  This album singlehandedly changed my mindset in regards to hip-hop music.  Gift of Gab is the emcee half of Blackalicious.  He instantly became my favorite rapper and has retained that title to this day.  The problem I quickly ran into was that based on my immense enjoyment of the Blazing Arrow album I had elevated my expectations regarding Gab’s future musical output far beyond the scope of what mortal men could produce.  Regardless of the quality of his post-BA output (for the record the vast majority of it falls between excellent and very good) I was bound to be disappointed.  My disillusionment reached its peak in 2009 when I picked up Gab’s second solo release titled Escape to Mars.  I’ll just say I didn’t care for the album and leave it at that.  Long story short when I heard about the impending release of Next Logical Progression in 2012, I have to be honest and report that I wasn’t terribly excited by the news.  Thankfully the incredibly loyal music fan that lives inside my brain made his presence known and I bought a copy.  That proved to be a wise decision.

NLP is a fantastic album!  A snare drum roll signals the beginning of the first song and for the next thirty eight minutes and twenty seconds class is in session.  Dope rhymes?  Check.  Wicked and varied lyrical flows?  Affirmative!  Wide variety of topics covered?  Witnessed.  Positivity and/or realistic messages on offer?  Top to bottom!  Vibrant production providing each song with its own unique sonic footprint while still feeling like one complete musical statement?  Yes indeed.  Does it put a smile on my face?  Ear to ear.  Might it contain the most impressive guest verse I’ve heard in some time?  You’d better believe it!  Look, I could keep going but I think you get the point waveriders.  This album prompts me to put a tally inside of each box on my “Penfold will like this album if X is incorporated” checklist.

I won’t call NLP a comeback album, because in truth the Gift of Gab never really left.  If you have never heard of this emcee or listened to any of his work, this album is a perfect place to start.  On the other hand perhaps you have been following Gab for some time and are currently experiencing a lull in your fandom.  Based off my own experience I wholeheartedly believe that this album will rekindle all the love and appreciation you felt in the past while at the same time producing generous amounts of excitement for the future.  Enjoy!