Legendary British heavy metal band SATAN will release Life Sentence, their first studio full-length under the SATAN banner since 1987's Suspended Sentence, on April 29th in Europe and in May in the U.S.

The cover art for the album (pictured below) was drawn by famed artist Eliran Kantor (SODOM, TESTAMENT, HATEBREED - www.elirankantor.com) and depicts a similar graphic concept as their 1983 debut, Court In The Act. Mixed by Dario Mollo at Damage Inc. Studio in Italy and tracked late last year at First Avenue in Newcastle, Life Sentence is a very strong uptempo heavy metal album that will undoubtedly become a metal classic.

Fittingly, Life Sentence will mark the 30th anniversary of their greatly acclaimed debut Court In The Act. The new album will also feature the same line-up that appeared on that now-classic piece of metal history.

Live footage of the band performing "Heads Will Roll/Hunt You Down" at a 2011 gig at The Purple Turtle in London can be seen at www.vimeo.com/29945653. 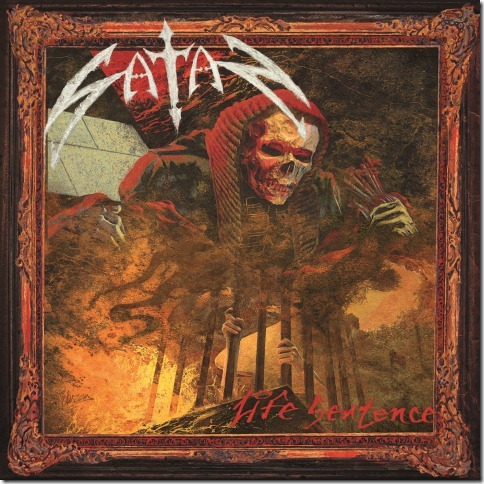 SATAN are a heavy metal band originating from Newcastle, England in 1980, known as part of the New Wave Of British Heavy Metal movement. Though generally obscure throughout their career, the band is considered influential for playing a form of proto-thrash metal that was fairly advanced by the standards of the early 1980s. SATAN remained inactive until re-assembling for a one-off gig at Germany's Wacken Open Air in 2004, and finally reunited in their original Court In The Act line-up for 2011's Keep It True festival. The band performed at several european festivals in 2011 and 2012 and have announced more festival shows and new album for 2013, to mark the 30th anniversary of their debut release. 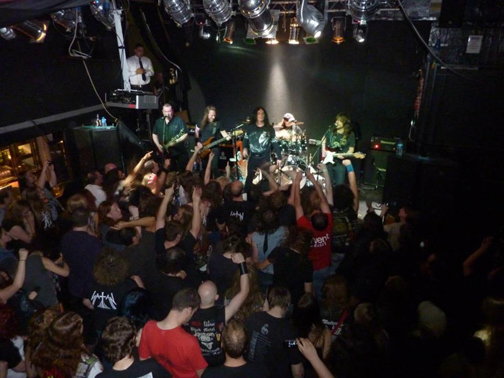