Gozu - Fury of a Patient Man 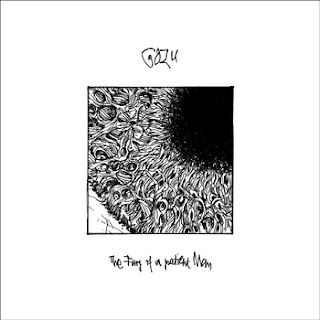 So, Gozu. They rock. I got their new album, Fury of a Patient Man, a couple weeks ago and man....just yes.
This is a stoner rock record, sure, but it grooves, it boogies, and it funks you to death. If it was released in 2012, it would have been on the top of many lists. Since it wasn't, it will be on the top of many lists this year. Prediction 1.

There is a lot that you could say about this album, but "fun" is the big word for me. This is a fun record to listen to. Unexpected, jumpy,  lively vocal harmonies come through the grit and conjure images of the 60s, and soul. There's your standard rock fair, that kicks ass. There's some 90s alt thrown in, a little metal, etc.
However, this isn't one of those records you can say "if you like such and such, you'll like this." It's just a mishmash of sounds and songs. It's like when you eat at your grandma's place, and you have some mashed potatoes, maybe some fried okra, perhaps some green beans, fried chicken and whatever else you fattys eat; you have this plate in front of you, and you mix it up. Maybe you'll put some green beans on the fork with some potatoes, or some chicken or any combination. You wash it all down with sweet tea, before snorting cocaine with your grandpa. That's what Gozu is like.

If you're in Virginia in November, catch them at Stoner Hands of Doom along with tons of other great bands, I'll be there too with my band. Be there.