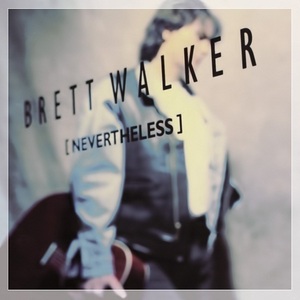 How it started is a bit hazy.  It was cold and damp.  The beer tumbled and spilled across the computer power cord.

I remember a sharp jolt run through my body.  I sat bolt upright and twitched uncontrollably.  My heart raced and I started hearing things.  First, I could swear it was the band Boston playing a song that I had never heard before.  Then, although the song was unfamiliar, the band Foreigner started to play.

I remember concentrating on lifting my feet.  As I did I think I heard Bryan Adams.  I was able to wrest control of my feet long enough to pick them up off the floor. I squatted in the chair, shaking and exhausted. Music of the late 1970's continued to waft through my brain.  Tunes that seemed to be unfamiliar vintage Steely Dan. A little lost Def Leppard? Journey? Survivor? Stryper?

I slowly stopped shaking but the music didn't stop.  It was classic 70's hard rock.  I gathered my wits, which had been zapped across the room, and began to realize that the music was not just playing in my head.  I started to put it all together.

I had received a download of a re-release of a twelve track 1994 album by Norman, Oklahoma-based musician Brett Walker titled Nevertheless.  The album was originally cut for Empire Records, a Scandinavian label, had charted in Scandinavia, but was never strongly promoted in the U.S. and, thus, is an obscurity. This was Divebomb Records' new re-release with newly remastered audio, a 2012 remix bonus track that had only been released in Japan, an interview of Walker by Line of Fire's Shawn Pelata and personal photos from the original recording sessions.  I had never before heard of Brett Walker.

I started to come to my senses.  I remembered that I had been sitting on a steel chair on a concrete floor, barefoot, setting the audio queue on the computer when I bumped the beer stein.  The frothy brew ran down the power cord, on the floor and on to the power strip on top of the concrete slab. My feet sat in the same alcoholic grain pool as the power strip.

Nevertheless, I am sure that late 70's hard rock fans will be just as shocked as I was by this wonderful Brett Walker special edition re-release.