Wight - Through The Woods Into Deep Water 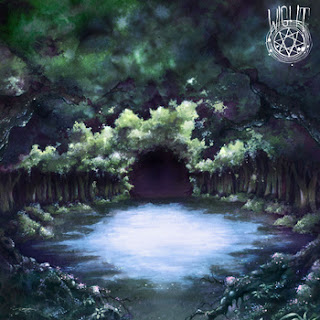 What's that old saying again? "Never judge a book by it's cover". Well I fell flat on my face hard with that when it came to Through The Woods Into Deep Water. First off the album cover reminded me so much of Masters Of Reality's debut cd and then when I checked out the booklet big black metal vibes hit me...all before I had even listened to it. When I finally did this German trio smashed my face in and annihilated me for my ignorance by displaying super heavy power doom-blues. There's no other way to describe their music, well other than it is bloody fantastic!

From the moment opener Kiss Your Friends Goodbye gets it all started  until the very end with the title track Wight simply pummels me with their heaviness and excellent musicianship. Subtleties are out the window and they go straight for the throat. Don't get me wrong, it's not all lead-heavy. Check out the instrumental piece Halfway To Infinity which in all it's delicacy and beauty gives me a breather and a quick chance to recuperate before the next bulldozing session kicks in.

Another interesting and appealing part of Wight's music is their desire to spice things up. By that I mean they are not afraid to bring in an unorthodox instrument into some songs...the sax, well unorthodox in this type of music. Bass player Peter-Philipp Schierhorn handles this and although he is not a virtuoso sax player, the way he plays it and when he plays it works out so well. It brings a brief jazzy touch to the music and puts it into a whole different dimension.

I have already mentioned the influence of blues in their music and that is mainly apparent with Peter-Philipp Schierhorn - bass guitar, sax and vocals - and Michael Kluck - drums and percussion. No matter how heavy the music gets most of the songs have a distinct foundation in the blues and that is because of the rhythm section. Both musicians are very innovative still they keep the rhythm bluesy and I love it. Frontman Rene Hoffman - vocals, guitar, organ and harp - adds more of the doom to the fray. Although there's an aura of blues around him as well and he likes to venture off on awesome solo excursions.

Alright folks, for me this album was a lesson in observe, analyse and learn before passing judgement. As a lifelong metalhead I should know that already but I guess I was slacking...or something. However Wight brought me back down to Earth and re-opened my eyes telling me to give things a chance. At least listen to an album once before making up my mind. In this case I'm glad these Germans did that because their album is amazing. It's one of those releases that appeals to fans of from all over the place, regardless what your musical preferences are you will like this one.