The Single Life; 7" of Fun - featuring The Growl, The Switch, and Echoes De Luxe 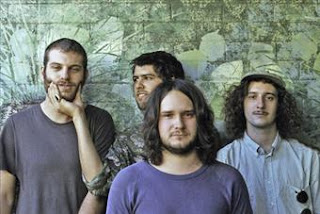 The Growl - With the Sharp End of the Trowel

…branding themselves as “Aussie Garage-Rock,” The Growl is a breath of fresh air and certainly not what you’d expect from this description.  As I listened to their single “With the Sharp End of the Trowel,” I found myself agreeing with what other journalists have said about them: “inexplicable and magical.”   With the music seemingly out of time…blended with haunting vocals, I found myself reminiscing about Jim Morrison’s approach to the Doors.  The lyrics to this song were dark and captured my attention quickly.  One of the lines in the chorus specifically got my attention… “a long way to heaven.”   It is obvious that they have reached deep within their own souls to get the listener to empathize with them.  This song may not necessarily be relevant to what we hear on traditional radio, but I believe it is very relevant to what is going in the world today.   I could easily hear this song in a new JAMES BOND or QUENTIN TARANTINO movie… If you are in the mood for music that will take you on a journey to the dark side of your inner most being, you will love this…over and over again! 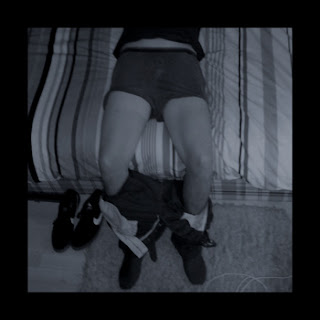 The Switch - Heard It All Before

…in a town called Kilburn in North West London three chaps got together and decided to create music and share it with the world.  Together, Justin…Patrick and Giacomo are The Switch.  Their unique chemistry clicked immediately…and they are ready to take on the world.  I had the pleasure of being one of the first people to hear their single “Heard It All Before.”  I must say that when I closed my eyes I felt like I was back in the early 80’s in a back room jam with Geddy Lee sitting in with the Tubes...and Bono from U2 joining them on the “Oo Oo’s” towards the end of the song.    Not only were the songs reminiscent of that ilk, but the musicianship is top notch….the dynamics refreshing…the riffs catchy…the lyrics fun…and they have a relevant sound, similar to The Killers a few years back.

It is no surprise that a band reminiscent of times past has chosen to release their album on 7” Vinyl and create limited edition versions!  Excellent sound!  Love, Love, Love them…

…make The Switch to “Heard It All Before!” 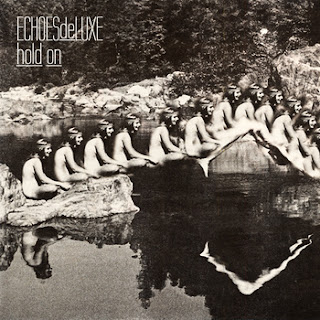 …the title track for Echoes De Luxe up and coming sophomore EP “Hold On” is mesmerizing to say the least.  From note one, it takes me to a place that doesn’t exist in my daily realm of tasks and to do’s.  It literally floats all around me with similarities to Duran Duran’s “Ordinary World,” and all of the memories that song conjured up.   Un-bridled with dancing guitar riffs similar to that of what I’d expect from an orchestral movement…it actually distracts me from what I’m doing, a nice change in my day.  Knowing that the industry professionals like Alex Newport (Jubilee, Mars Volta), Pete Lyman (Mars Volta, Death Cab for Cutie) had their hand in helping mix and master this EP comes as no surprise as it is sonically clean with the various musical instruments spread across the canvas beautifully….not to mention getting noticed by Janes Addiction guitarist, Dave Navarro.  Not only did he play their songs on his weekly radio show (Dark Matter), he invited the band to perform live on his shown support of the EP.

As a side note, the band finished this EP in an empty church in Silverlake, CA.  This also comes as no surprise as that is exactly what your mind will imagine when you listen to it.   I picture the lead singer floating around the church…chanting…”Hold On…I don’t want to leave you…Say Goodbye…” with an orchestra on the stage dressed in black…and children playing in slow motion…running in and out of the pews…but, that’s just me.  Hold on…whilst Echoes De Luxe takes you on a ride narrated by the melody of their story…