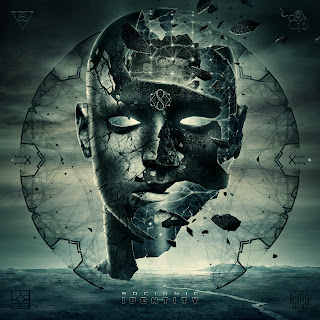 Tool.  That’s the first thing I thought when I listened to the first track of Identity by the band Socionic.  Straight up Tool.

This was before I even looked at their Facebook page and saw that they stated that Tool was one of their influences.  The comparison really comes out in their music, and that’s strange.  Usually, the comparisons don’t add up.  Like a band says they sound like Circa Survive and actually sound like a chorus of angry cats.

Just because you have a high voice doesn’t mean you are Circa Survive.

But this band has nailed their sound counterparts.  It all begins and ends with the vocalist.  He does the best Maynard James Keenan impression I’ve ever heard.  It sounds a great deal like him.
He doesn’t have quite the range or passion or Keenan (who does?) and sometimes it sounds a bit forced in terms of how “angsty” it is, but overall he puts forth a quality performance on every track.

The band has a nice moody riffing to it.  It isn’t as dark as Tool, and nowhere near as technical.  It almost takes me back to when 90’s riff rock was popular.  Bands like Tool, Alice in Chains, and old Staind seemed to be everywhere.  It’s a quality sound and it works for this band.  It’s a great listen.
When you put the whole picture together, this band seems to know exactly where they want to go.  They aren’t going to conform to what’s popular today.  They’re heavy, slightly dark, and heady with their lyrical content.  They have a growing fan base, and I look forward to hearing big things from them in the future.