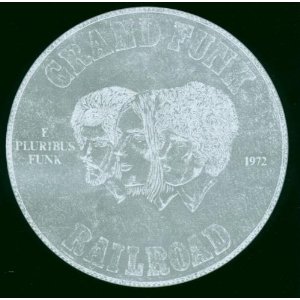 I love a good proto-metal challenge! Especially when it comes from one of the
top experts (if not THE expert) of all things hard-n-heavy, Martin Popoff. If
you don't know who he is, go check out his website martinpopoff.com and order
some of his books. He's got great ones on UFO, Black Sabbath, Rush, Blue Oyster
Cult, THREE on Thin Lizzy among many others. Dude knows his shit. Recently on
facebook he printed a list of "The Greatest 100 Heavy Metal Albums Of The ‘70s"
that's an appendix from his mighty tome The Collector's Guide to Heavy Metal:
Volume 1: The Seventies. It's hard to argue with a list that puts Motorhead's
Overkill in the #1 spot. All the usual suspects from Judas Priest, Black
Sabbath, AC/DC, Deep Purple and Rainbow are ranked accordingly alongside nice
surprise listings of the debut albums from The Damned and U.K. Subs that also
deserve to be there.

Lists like this are always subjective and bound to cause discussion about who's
left off. In this case, a few people said they were surprised not to see any
Grand Funk Railroad on the list. Their 1970 Live Album is very heavy, but live
albums and greatest hits packages were excluded from Martin's list. When I
suggested he try Grand Funk's 1972 album E Pluribus Funk he responded with - "Ha
ha, no, YOU try it. Report to me on all nine or whatever songs. Describe their
styles one by one. Specifically point out the proto-metal. Per song. Not Marks
muscles, or his voice or anything. Tell me about all the riffs and slabs of
power chords. I've been so baffled over the years. It's like the gods gave me
different records inside my Grand Funk sleeves to everybody else on the planet."


I know the bosses at Ripple love proto-metal and, like I said, I love a
challenge so here you go, Martin. Here's my blow-by-blow of an album that could
probably replace Triumph, Moxy or Rex (but not Ram Jam, that album kicks ass!)
as one of The Greatest 100 Heavy Metal Albums Of The ‘70s.

Side one starts off with the killer boogie of "Footstompin' Music," a song that
would open their live shows for the next few years. The powerhouse rhythm
section of bassist Mel Schacher and drummer Don Brewer set up the groove with
Mark Farner getting down on the organ. About a minute into it Mark switches to
guitar and lays down some fuzzed out lead guitar fills to answer his vocals
before erupting a full blown solo. Metal? Probably not. Heavy? Medium heavy, but
definitely a solid 8 on the scale of hardness. "People Let's Stop The War"
starts off kind of quiet but when Mel's bong rattling bass comes in there's no
question that this is gonna be a heavy one. Mark switches to a killer wah-wah
riff that's equal parts Stooges and Temptations. The groove is perfect for
simultaneous headbanging and air guitar, which can be tricky on faster songs.
Mark's vocals are passionate and full of rabble rousing lines like "there's
money in them war machines, ain't this
a bitch!" "Upsetter" starts off kind of poppy but maintains a solid boogie
foundation, especially when Mark breaks out the harmonica and lets it all hang
out. Side one wraps up with one of their all time best songs "I Come Tumblin.'"
Mark hits a "TV Eye"-esque open A power chord and let's it ring, noodles around
a bit and then the band comes in with a dynamo jam. Totally kick ass and over
too soon after five and a half minutes.

Side two picks up where side one leaves off with "Save The Land," a boogie
monster sung by Don. "No Lies" is up next and features some scorching fret work
from Mark. He played a low budget Messenger brand guitar that had a built in
fuzz that had a totally unique tone. The album wraps up with the nine minute
"Loneliness," sort of a sequel to "Closer To Home/I'm Your Captain" from the
Closer To Home album. It's ballady but does pick up the tempo a few times for
some righteous jams. Strings and orchestrations come in at the end to give it an
epic feel. It's not exactly "Kashmir" but not bad for a bunch of kids from
Flint, Michigan.

Out of 7 songs, 6 of them are killer hard rock bordering on metal to make this a
worthy contender in the proto metal sweepstakes. The cover also deserves special
mention. It's round and shiny to make it look like a coin. The front features
the profile of Mark, Don and Mel and the back has an etching of Shea Stadium.
Grand Funk broke the Beatles attendance record with a show there in 1971 (Humble
Pie was the opener). It's hard to get more 70's and metal than that. The CD
remaster is cheap and comes with 4 great live bonus tracks from the 71 tour that
make it worth adding to any heavy rockers top 100 of the decade. Do it!