To The Cloud And Beyond - Featuring Narrow Plains, Zodiac Death Valley, Save Ends, and Joshua Ketchmark

Here is the rock hard truth and it isn't all that bad.

There was a time when musicians sold millions upon millions of oil-based vinyl, aluminum covered plastic and magnetic tape copies of their music.  Back then bands hoped to break even when they toured.  The purpose of playing in public was to promote store sales of their latest recordings.  Record companies underwrote extravagant live shows and positioned bands in multi-band line-ups, on National and International tours with the bands as guarantors of the costs associated with the once every year or so promotion of this year’s album. With ticket sales the bands and record companies hoped to cover their out of pocket costs.  The margin on recording sales was such that a few hundred thousand sales could provide a band with subsistence income if it toured on the cheap.  Millions in sales meant the rock and roll lifestyle that, if prudently invested, could last a lifetime.

It doesn't work that way anymore.  Digitization and file-sharing changed the formula.  It became easy to copy and exchange music and album art.  Musicians seized upon the opportunity to work unencumbered by obligations to record companies and tried to reach a wider audience.  Free music proliferated beyond TV, radio, satellite and cable music offerings to include a vast variety of internet radio stations, music sharing, and free and paid music download sites.  With so many new ways to obtain music, music sales declined, and so did band and record company profits.  The technological changes created a new market paradigm.  Musicians could no longer afford to break even on a tour.  They needed to make a significant profit.  The number of consumers who bought music had shrunk. Yet, the number who listened to music hadn't changed.

There were two other transformations due to digitization.  The cost of distribution virtually disappeared.  Once a band made a digital copy it could be downloaded infinite times without the cost of pressing, plastic, paper and packaging.  Thus, it no longer takes hundreds of thousands of pressings to make a profit.   It only takes a few thousand downloads.  In addition, the cost to market one's music was significantly reduced.  One digital press release now extends to the far reaches of the earth with a click of a button.  Atlantic, Capitol,  CBS, Sony and other mega-entertainment labels started swallowing each other up in buy outs and mergers to remain profitable as the ability to do what they used to do became easy and the cost to do it became cheap. Thus, small record companies and artist-owned labels have proliferated.

So why am I recounting this piece of music industry economic history? Well, more and more of what I review is provided directly by artists and small independent labels and recently I have noticed a few trends, anecdotal evidence to be sure - nothing empirical - merely something based on the requests I receive to review music.  These are:

1. More musicians now only offer digital recordings and downloads.  I would say about 75% of what I now receive is in a digital download form;

2. Many more musicians are narrow-casting - by that I mean they offer a niche sound, genre or unique presentation, rather than make any attempt to find a large crossover audience; and

3. Most successful musicians constantly tour, perform and are prolific in their production of original material. (Even Green Day will have three album releases in the next six months!)

This is all great stuff for music consumers.  Music is now cheaper, easily accessible and more tailored to the listener's tastes than ever before. The musicians that created it are more likely to be seen locally or on extended tours in small venues at reasonable prices.  It also means I get some great stuff to review that I likely would not otherwise hear.  For example:


Narrow Plains - Somewhere In Between EP 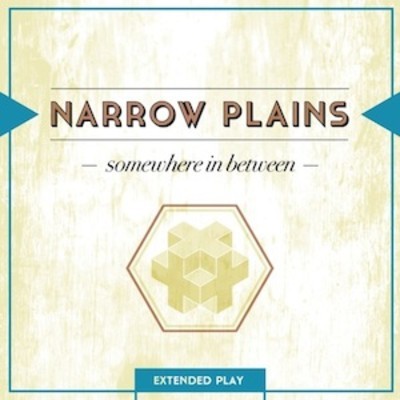 It may only be five tracks but, damn, what a sweet five tracks.  This three piece London-based band turns out some of the catchiest acoustic alternative/folk music around.  Charlie Ferriday plays a beautiful folksy six string to accompany his smooth lead vocals.  Stuart Connick is a beat master, providing wonderful drumbeats, percussion and harmony.  Roger Connick mans the bass and offers backing vocals.  They gig about the U.K., but with efforts such as Somewhere In Between I suspect they are likely to find a much wider audience.


This ensemble has been called "SF's loudest folk band." Their self-titled ten track album is an amalgam of  sophisticated garage folk punk rock.  The band will play with your senses and rock you into psychedelic ecstasy. Nic Abodeely provides the vocals and plays guitar alongside guitarist Jordan Villa.  Nate Ricker rocks the keyboards and strums a mandolin.  Dan Burns is the bassist and Landon Cisneros beats the skins.  They play all over the City, provide a high energy show and, in true San Francisco style, embrace the, ummm, unlimited variety of the Bay Area arts and body parts scene. 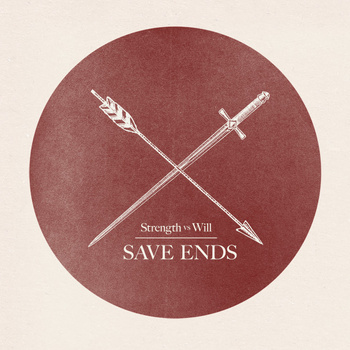 Save Ends - Strength Vs. Will EP

Save Ends puts "Punk" in "Power Pop."  This Boston-based band is comprised of former members of the bands No Trigger and Rotary and just plain boogies. On this five track EP they have a guest female vocalist, Christine Atturrio, with a voice reminiscent of a young Avril Lavigne, who perfectly compliments lead singer Brendan Cahill for some great up-tempo duets.  The EP is infused with great harmonies, power chords and fun, mosh pit melodies.  This is a pop rocker's paradise of punkish play.  It is audience surfing worthy. 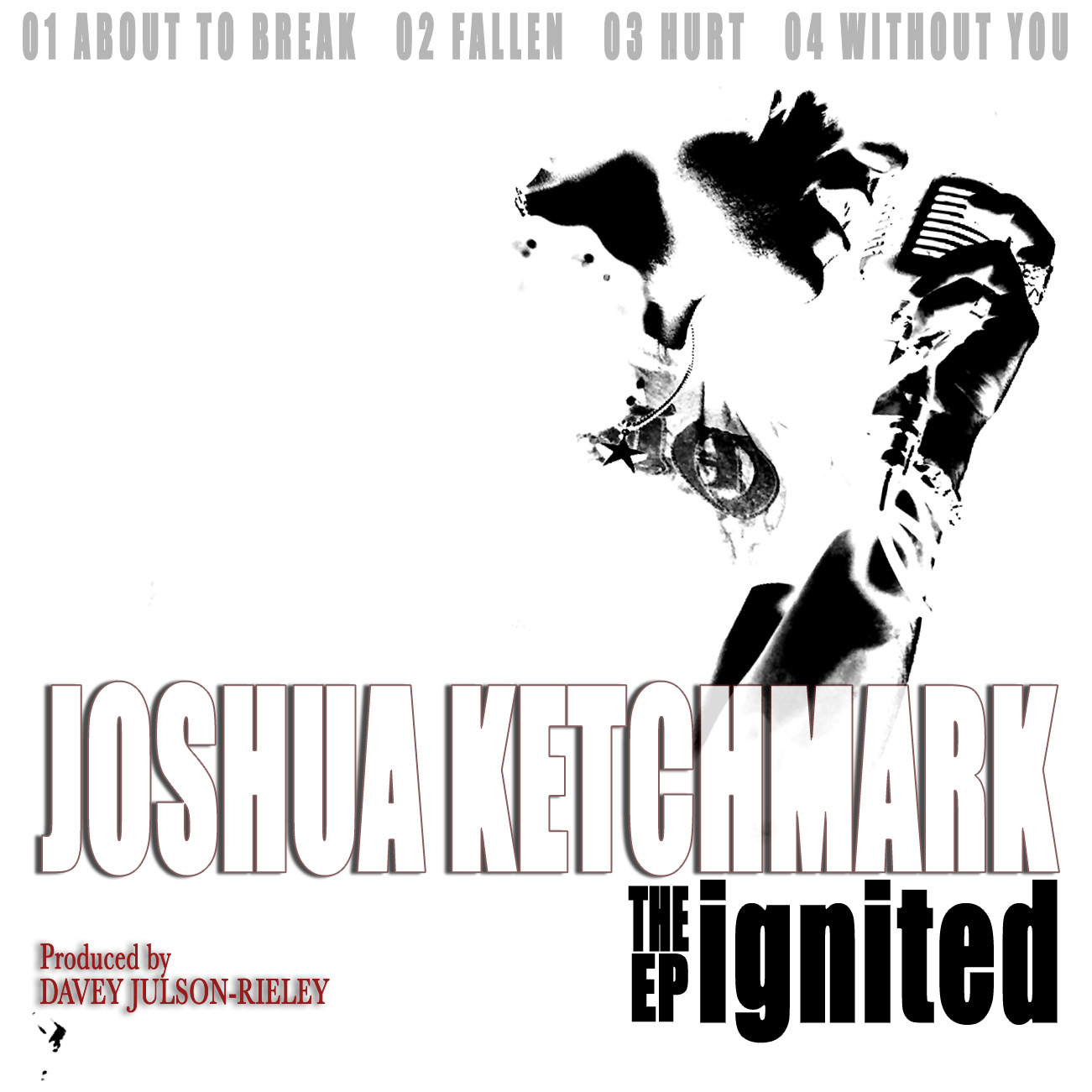 Classic rock is not dead.  It burns bright in Joshua Ketchmark and you will catch fire listening to his upcoming four track EP The Ignited. Ketchmark leads guitarist Christian Martucci, bassist Carl Raether and drummer Zak St. John through original anthem worthy rockers.  Although based in Los Angeles you are just as likely to catch Ketchmark in Nashville or Knoxville, TN or on the road in the U.S. after this EP is released on October 30, 2012.  You might want to save a few semolians for tickets and get your torches ready.

So, there you have it.  The new musical paradigm.   Where do we go from here?  Well, the next new wave is already on its way.  Some call it "predictive music" - music tailored to the consumer's specific mood,  desire, liking, and created by the consumer's thought, choice and unconscious desire.  Not just a playlist, the consumer will generate the sound that, at that specific moment, gives her or him the utmost pleasure.  Then, through our need for shared experience each person will share their personal creations to let others participate in, and experience, their muse.  If it rings true to many it will ebb and flow around the world in the form of unique electric impulses.  It is Ripple Music.