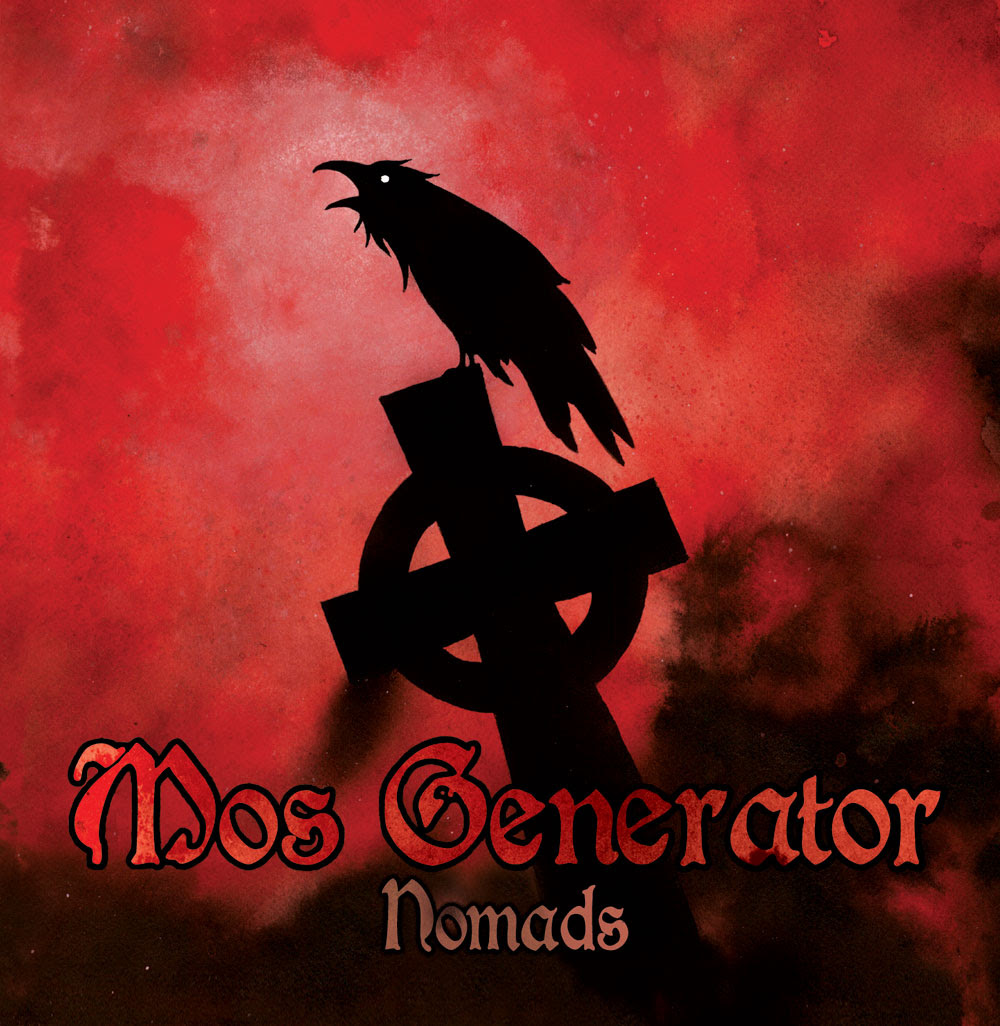 This came my way just when I really needed it.

I had a really hectic summer and didn't get a chance to check out any new music at all. I don't think I missed out on anything really major but I do like to keep somewhat up to date, otherwise I'll just listen to Fly To The Rainbow by the Scorpions or Lou Donaldson boogaloo records all the time. Not that there's anything wrong with that! But you gotta put the old stuff away from time to time and hear something new. And I love hearing new stuff that sounds just like the old stuff I'm into. That leads us to the new album from Mos Generator called Nomads. The slogan for the Ripple label is "now it's time for YOUR classic rock." That means Deep Purple, UFO, Thin Lizzy, Free, Tommy Bolin, etc. and NOT Billy Joel and endless replays of "Comfortably Numb."

Mainman Tony Reed put Mos Generator on hold a few years ago to focus on Stone Axe but now the roles have been reversed.

Nomads is 9 songs and 40 minutes of no filler, all killer kick ass heavy rock. "Cosmic Ark" kicks things off and the drum intro lets you know this is serious business and sets up a strong Thin Lizzy meets Black Sabbath jam. "Lonely One Kenobi" amps up the Sabbath influence but keeps it more rocking than metal. "Torches" is a blues based noggin rocker followed by the heavy Volume 4-ish "Step Up."

Side two opens up with a cover of a great Judas Priest song "Solar Angels" from their Point Of Entry album. It's often overlooked because it's a pretty commercial record and came out between British Steel and Screaming For Vengeance but has some great songs. "Solar Angels" has always been a favorite of mine and this version is a nice tribute. It's followed up with "For Your Blood" that has a definite "rapid fire" influence. Can't go wrong with a double shot of Priest. "Can't Get Where I Belong" returns things to Mos' mid-tempo heavy rock heartland with a big, catchy chorus. The one minute acoustic title track sets up album closer "This Is The Gift Of Nature" perfectly. Saving the best for last, this is a 7 minute trip that starts off hard before it gets heavy. I think the lyrics might be about weeed, too. At least I'm going to pretend that they are.


Chances are if you're already a fan of Mos Generator than you know what to expect. But if you need a break from Force It, Sabotage, Fighting and Tons Of Sobs than get acquainted with these guys pronto.