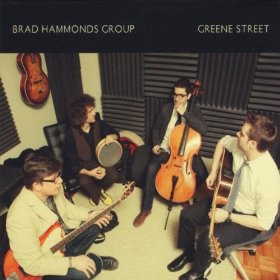 I was eleven.  It was Sunday.  We picked up Grandma and we were on our way to listen to chamber music in the dome of the Palace of the Legion of Honor. I had protested going for days to no avail. That morning my Mother dressed me in suit and tie, and hard Buster Brown shoes, and hurried me in to the rear seat of an Oldsmobile 88.  This was to be quiet and listen music and I was neither quiet nor willing to listen.  However, a few stern looks and physical reminders from my Father kept me in line in the audience before the music began.

From my folding chair I bent down and picked up a handbill for a Bill Monroe concert off the floor of the rotunda.  I forget where the concert was scheduled to occur.  I was intrigued to see banjos, fiddles, guitars and stand-up bass.  Then I didn't really know much about bluegrass music other than you can't be sad and listen to a banjo.  Try it.  You become happy or you have to turn the music off.  I daydreamed about banjos and guitars and the fun of bluegrass, and happily sang Buck Owens' "Pfft, She Was Gone"  as the chamber music group took center stage. My Father boxed my ears and told me to pay attention.

I watched as a string quartet entered - a cellist, a bassist  and two violinists - dressed in tuxedos.  I got slapped on the back of my head for swinging my legs and was scolded in a whisper to be quiet, polite, watch and listen.  I did.  I became fascinated by the intricate arpeggiated interplay of the strings, how plucked strings sounded different from bowed strings, and how the sound swirled as it echoed off the cupola.

My fascination and eleven year old patience waned after about ten minutes.  I wished I were casually dressed and yearned for the sound of a guitar and some percussion in the mix.  It wasn't that I didn't like chamber music, it was, well, just too sedate and formal.  Even then I recognized the virtuosity of the players but I just could not enjoy a full helping of the product.  Looking back, if they had then existed it was at that moment that I really needed the Brad Hammonds Group.

The Brad Hammonds Group is an unusual string quartet that consists of guitarist Brad Hammonds, cellist Will Maritna, percussionist Mathias Kunzli and bassist Jason DiMatteo.  They released their debut album, Greene Street, this July.  It is an electic collection of ten virtuoso instrumental tracks that combine elements of bluegrass, folk, classical, chamber, jazz, acoustic rock, Americana and World music. Hammonds’ guitar work is masterful as he plays progressions at a rip-neck pace, changes genres or solemnly leads an instrumental game of tag.  The sound is unadulterated, sophisticated and cerebral, but does not require coat and tie or tuxedos.   The album provides a musical style and genre synthesis, with novel sonic surprises, that compels this listener to listen attentively.

Sitting in the Palace all those years ago Brad Hammonds Group's album Greene Street could have easily held my interest for the entire half hour running time of the album - probably even longer if the show had opened with a banjo.


Brad Hammonds Group - “If This, Then That”