The D.I.Y. Ethic - Featuring Fire and the Wheel, and My son the Bum

It's been a while since I did a true D.I.Y. Ethic column, one entirely devoted to the independent musician, slogging it out on their own.  Rising above the countless obstacles to produce the music they love.  So, let's jump in, shall we? 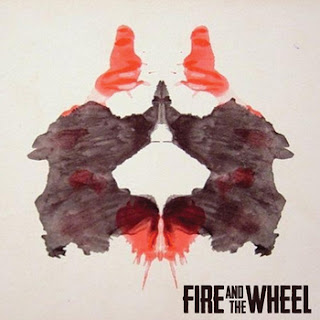 Fire and the Wheel - S/T

Truth be told, it was when this album plopped out of postman Sal's bag that I got inspired to write another D.I.Y. column.  Along with the album, was a very cool personal letter from Donny Potter of the band mentioning how he knew we appreciated D.I.Y. efforts, how the album was recorded with nothing but Apple GarageBand software, and how even the album jackets were hand spray-paint-stenciled and stamped and numbered.  D.I. Y. to the nth degree.

And it sounds anything but.  The needle hits the groove on the red vinyl.  Delicate synthesizer atmospherics leak out followed by a lone and mournful drum beat.  Bass picks up underneath, low and heavy, very post-punk in it's vibe.  Then the guitar drips in in a descending melody, thick and moody.  By the time the vocals kick in, I'm already hooked, but I haven't even reached the kicker yet.  After the first few verses, following the elegant post-punk, dark psychedelic theme, I get my first real surprise.  Full on Spanish-styled trumpet.  Holy crap!  Didn't expect that and, oh my God, does it sound good.  From there the song picks up in pace and luster and I'm off.

Sounding like a cross between Jesus and Mary Chain post-Joy Division moodiness, Pink Floyd scope and sense, and the spacious, desert-fueled hypnotics of Calexico, Fire and the Wheel insidiously worked their way into my cortex and now I can't seem to get them to leave.  The album is an epic concept work, about friendship and mental illness.  But to be honest, I don't really hear that.  I just hear gorgeous harmonies, low pulsing bass runs, grand prog expansiveness, and those damn horns.  Those killer horns.

A surprising tilt of articulate indy rock.  A definite keeper. 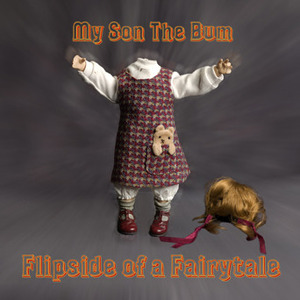 My Son the Bum - Flipside of a Fairytale

M.S.T.B.  have been churning out high-quality, slightly-left-of-center, D.I.Y. rock over the span of several albums now, and collectively, they show no signs of slowing down or growing up.  Constantly growing and expanding their sound, Flipside of a Fairytale is their latest, and probably their strongest to date.

With a name like My Son the Bum, you may get the impression that the cats don't take their music seriously.  Not the case here.  We're talking strong songcraft, memorable melodies, and some kick-ass riffs when the crew want to tear it apart.  "Money is the Whip" shows all this in abundance.  After a gentle intro lead-in,  and some harmony guitar, the band get's all down and dirty, ripping through a hard rock riff with abandon.  Harmony guitar parts break down to some fretboard pyrotechnics, as guitar solos fire and sparkle, before we drop back to that killer main riff.   For some reason, I can hear this song blasting out of a beach-side bar on a sunny summer day, the patrons slowly getting sloshed inside and gushing about how MSTB are the greatest band in the world.

Now, that doesn't mean these guys take themselves all seriously however; I mean, the liner notes do include the phrase "No senior citizens were harmed in any way during the recording of this album."   Songs like "Cerebrum", "Caffeine Blues" and " Dangerous Playground"  rock with a tongue-in-check playfulness that only adds to their impact.  Then you get the unabashed silliness of  the country-vibed "Wig City" and you realize these guys revel in their own side-skewered eccentricity.

Basically, My Son the Bum is about rocking hard but not taking yourself too seriously.  A fun album from a fun band looking for some fun.  And what could ever be wrong with that.

Three album and a sampler are available for free download at http://mysonthebum.com/fr_home.cfm