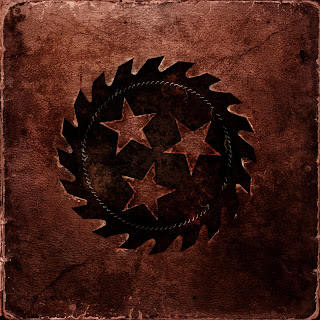 Now, I’ve heard lots of things about White Chapel. I’ve heard they’re the future of metal and many other praises. I’ve heard them called “White Crapel” countless times amongst other unkind remarks. I’ve never actually gotten round to listening to them myself. But, I’d say their latest effort, their self-titled album, is a cracking good place to start. First thing I noticed is that everything in White Chapel moves together. All the various instruments are going the same speed, unlike countless extreme metal bands, blending into a powerful wall of sound that is, in short, excellent.

“Make It Bleed” the first track off the “White Chapel” album starts out with a piano part that played with such finesse, I was almost sad when the rest of the band kicked in. But I was not mourning for long. “Make It Bleed” is incredible. White Chapel simply does not sound like any other death metal band around. There are other elements of different genres combined and, it’s just amazing. Vocalist Phil Bozeman is mind blowing, just, wow. There’s so much emotion in his screams, staring you down, filled with disgust, hatred and contempt for everything that lives. It’s beautiful. And, new bloke in the band, Ben Harclerode, his playing was so spot-on, I wanted to cry out to the world, “Look! THIS is how you drum in a metal band! You do not play five beats behind everyone else, clambering to keep up! This man is who all new drummers should look to!”

Bozeman did not have a concept in mind when writing “White Chapel” he just wrote whatever happened upon him. “White Chapel” is a dark album, touching on such topics as leading yourself when society follows dumbly anyone who leads them, being disillusioned with humanity and society, and generally the belief of having no future (I learned all that off their press release). The breakdown in “Section 8” is essentially Bozeman screaming at listeners that they are worthless. And I’ve never been happier to be called worthless! If it means I can keep listening to this album for years to come, then jolly good on you mate! Call us whatever you want!

Every band reaches their peak and starts the slow descent into obscurity, it’s unavoidable. White Chapel, thankfully have not done that. “White Chapel” is easily the best death metal album I’ve heard this year. As a reviewer I get to keep this album, but I may just go out and buy “White Chapel” when it is released June 19th in the US (June 18th /15th in Europe) simply because I want to support this band any way I can so they can keep releasing albums like this in the future. These guys have already made quite an impact in the metal scene, but they have a truly limitless future, shown by this album. They have wiped everyone else off the map with “White Chapel” and have won my respect as an American metal band, which I have not kept my normal distaste for a secret. If more bands from America start to sound even a tenth this good, I will take back everything unkind I have ever said about my home country’s metal scene. Now, leave me alone, I want to listen to this album again. And again, and again, and again….