The Manic Low - Songs for an Up Day 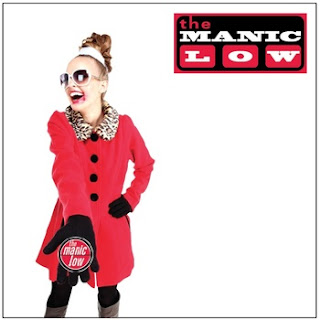 When I first read that Jack Grisham, front man from TSOL, Cathedral of Tears and Joykiller, was coming out with a Pop CD, I was skeptical at first.  I admit it.

But I was also intrigued.

As a long time fan of Jack, I had to doubt that what he would put out would be top quality.  I just couldn't quite wrap my head around his vocals being used in an upbeat manner.  It just seems so out of context.  I love when people step out of their element and surprise me.  This is no exception.  Jack, unleashed The Manic Low on us and I found this CD a nice companion for a long weekend.

Jack's voice is so sultry and soothing at the same time.  Backed with Sean Greaves, Rob Milucky, and Paul Roessler, it offers a melodious build ups and downs, this will take you through a musical interlude worthy of its name.  With songs about break ups we can all relate to, Songs For An Up Day will be played by many broken hearts out there.  This is once album made to heal with. I particularly enjoyed the horn section in "The Love Letter" and his voice just slays me in "Let Me Up."

To listen to sample tracks go to:  http://the-manic-low.bandcamp.com/