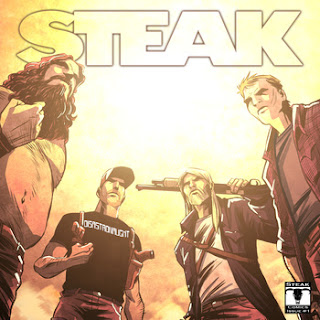 Lately... as I spin music for the new summer solstice that quickly approaches, I tend to pick the last song on a track listing first. I don't know why. I guess I always root for the underdog. Maybe It's my slight curiosity for all things defeated. Why would the band relegate this last lonely song to the basement of it's pecking order?  The black bird of the CD release per say. The song no one ever hears because most listeners can't endure the 45 minutes or so it takes to get to the last cut. So I like to give the last song a fuckin push.  Play it first I say. Screw it!. Just because! And besides...the solstice is coming and the planets are not lined up anyways... so what the hell!

So hear I spin "Peyote". This song is subjugated to last place in the list of selections on the demo tracks. What a freakin quite gem!!! I could swear I hear a Roland Space Echo on this track too. No vocals here my brothers and sisters. Just a tripped out psyche trip with acoustic guitars I believe. It's a total departure from the rest of the demos.

The new digital album called "Disastronaught " by STEAK, submits out heavy full-on classic desert fuzz riffs. This London, England four piece, fills out the fuzzy, with fury heavy groove vocals. But the "Peyote" cut jumps out for me. It reminds me of "Planet Caravan" without the congas. Maybe STEAK got it right? Blow away your listening audience with a wack of massive riffs, and just when when they are about to bleed, then let them drift away like a black bird over the mountain. All this ... as they lick their wounds on the riffs of Peyote. Righteous!

They have a few show coming up in the UK. Check them out!