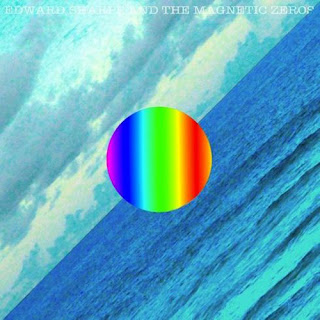 When I listen to them I feel completely at Home. Their last album, Up From Below, captivated my heart and allowed me to imagine a 40 Day Dream filled with magical mysteries. Edward Sharpe & the Magnetic Zeros are an 11-piece folk rock/alternative band that draws inspiration from ‘60s and ‘70s classic music. If The Mamas & The Papas and Grateful Dead had children, Edward Sharpe & the Magnetic Zeros would certainly be some of their offspring.

Much like the Polyphonic Spree and I’m from Barcelona, this large ensemble alternative band provides positivity with a distinctive, distinguished sound.  Each unique member utilizes their talents and their collaboration as a group produces an amazing, harmonious style that is unlike anything you have heard before.  After appreciating their music, you feel instantly attached to the entire Edward Sharpe & the Magnetic Zeros’ community. By demonstrating peace, love and understanding, they have composed sweet, simple songs everyone can enjoy.

Led by Ima Robot frontman Alex Ebert, Edward Sharpe & the Magnetic Zeros unleash another amazing release with their sophomore album, Here. Unlike most bands who suffer sophomore slumps, Edward Sharpe & the Magnetic Zeros don’t disappoint with those searching for positive vibrations. Folk rock and alternative fans of Arcade Fire, Beirut, Bon Iver, Fleet Foxes, Mumford & Sons, Noah and the Whale, and Of Monsters and Men will be thoroughly entertained.

From the first time I heard Ebert’s vocals I knew this was a band to recognize, especially considering the chemistry he possesses with vocalist Jade Castrinos. Their song “Home” off Up From Below remains my favorite song of 2009 and is the perfect example of a quality duet.  In live shows, Edward Sharpe & the Magnetic Zeros command the audience. Regardless if it’s a large venue or an intimate club, Alex Ebert and the entire band connect with their fans while they’re on stage and/or intermingling with the crowd. Whether listening to Edward Sharpe & the Magnetic Zeros on vinyl/CD, enjoying them in your car, rocking out on your iPod or seeing them live, experiencing their music is like hanging out with a great friend. You casually hangout and couldn’t be happier with every waking moment you spend together. That’s why Edward Sharpe & the Magnetic Zeros is a band you must encounter!

Here begins with “Man on Fire,” a folk rock track that feels reminiscent of Johnny Cash and classic 1960s folk tunes. “Man on Fire” starts off slow before busting out in a celebratory manner and is one of the highlights off Here. This album gets you from the get go.

“That’s What’s Up” showcases the beautiful melodies Jade and Alex create when they share lead vocals. Personally, Edward Sharpe & the Magnetic Zeros are at their best when Alex and Jade sing together. Around the 3:10 mark, Jade’s singing combined with the band’s clapping creates complete chemistry in this remarkable country ballad. This charming, cute tune is arguably the best song on this sublime, spiritual sophomore album.

Edward Sharpe & the Magnetic Zeros transport listeners back to the late 19th century with their timeless, swampy song “I Don’t Wanna Pray.” After listening to this serene, sweet song, I want to bust out the washboards, washtub bass, spoons, jug and bones to play along with this good ol’ fashioned folk music.

The soaring “Mayla” constructs a beautiful blossoming feeling that makes you want to fly to Heaven. This simple, yet spiritual album contains other delightful ditties like the tranquil “Dear Believer,” a Bob Marley-like folk song “One Love To Another,” and the phenomenal “Fiya Wata,” which showcases Jade’s solo chops as lead singer. With songs that contain didgeridoo sounds (“Man on Fire”), tribal shouts, mesmerizing melodies and sing-along qualities, Here is an album worth discovering.

Edward Sharpe & the Magnetic Zeros are a communal jam-band that enjoy clapping, sing-alongs, and rejoicing in positivity. Their last album converted me and this one reaffirmed my faith that quality folk rock bands do exist. Whether they are labeled folk-rock, alternative, indie, or neo-psychedelic, Edward Sharpe & the Magnetic Zeros continue to be an irresistible, inspirational band delivering cheerful, charming music to chanting fans all around the globe.