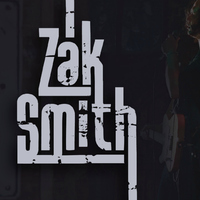 Some, but not all, things get better with age.  Cheese and wine do (to a point), milk and seafood - not so much.  Musicians can go either way. Many reach a wall where they lose it (whatever “it” is) or, in some cases, they just lose their voices.  Think of today’s Paul McCartney versus the Paul McCartney of the Beatles years; Frank Sinatra of the 1960’s versus the Frank Sinatra on Duets II; the early vocals of Roger Daltry versus the Roger Daltry of today - these are not pretty sights.  At least with McCartney, Sinatra and Daltry you understand what they are singing, even if their voices are shot.

That is not always true of great musicians - especially lead singers..  For example,  Van Morrison and Joe Cocker.  I love Van Morrison’s music - Tupelo Honey, Domino, Moondance, Wild Night, Crazy Love, Into The Mystic, Blue Money - love it all.  Grew up with it.  Joe Cocker’s gritty renditions of When The Night Comes, Cry Me A River, With A Little Help From My Friends, Forever Young, The Letter are epic.  Gravelly voiced and powerful.  But, have you heard them lately?  Gravel is all that’s left.  I can’t even understand what they are singing and I know the words!

It is a great loss when such powerful and influential artists can no longer deliver.  We don’t want to hear or see their decline.  We want it to remain authentic and we want it at its best.  When it isn’t, a musical void is created.  Is there someone out there with the writing sensibilities and vocal chops of Van Morrison in his prime?  Today, is there a vocalist with the power and expression of Joe Cocker at his best?  Is there someone who can deliver that classic style on all cylinders but still has the chops to make the lyrics comprehensible?

I think I’ve found the guy and, now, you can too. His name is Zak Smith and he released a self-titled album on May 1, 2012, on which he is backed by the Zak Smith Band - Zak Smith, lead vocals and guitar; Gavi Grodsky, guitar; Milan Sudzuk, keyboards; Dave Smith, bass; Keith Robinson, drums; Jessica Labus and Star Busby, backing vocals;  and Julijana Markovic, cello.  Well, he is not completely backed by the Zak Smith Band.  On two of the tracks of his self-titled album an entirely different band is used.  The cuts Difficult Times and All The Bodies Pile Up feature backing vocals by Ivana Vukmirovic and Ksenija Kochetova; and the band Cynthia - Matt Fiorino on drums; Adam Vaccarelli on bass; John Carini on guitar; Bob Vaccarelli on percussion; and Billy Siegel on keyboards.  Smith wrote every song that appears on the 13 track album.

It doesn’t really matter who backs Smith.  His powerful, and subtly raspy, vocals compare well with those of Van Morrison and Joe Cocker in their prime. The instrumentation he uses is also similar to that frequently applied by them and he similarly uses a female call and response chorus.

Smith’s style is an amalgam of rock, blues, alternative, folk, Irish and gospel.  Melodic hooks abound. Emotional lyrics are punctuated by Smith’s vibrant vocals.  In sum, Smith perfectly fills the voids in the works of Van Morrison and Joe Cocker that have been left by age.  It is as if Van Morrison and Joe Cocker were reborn as one.  Zak Smith ably carries their banner forward into the 21st Century, and it is good - very, very good.  Check it out for yourself.