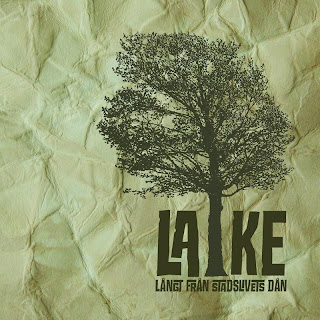 It had been a long, slow decline.  When my writing career first took off I would sit down to write and the words would burst forth from my mind.  It was as if they were drawn from me by some benevolent literary force.  Thoughts and creative ideas came to me effortlessly and in great abundance.  At times my fingers could not type fast enough to efficiently put ink to digital paper.  Those were good times.  If only they would have lasted a little longer.

I can’t pinpoint exactly when the decline in my productivity began.  Wait, yes I can!  Everything took a turn for the worse the instant I moved from my small town to the big city.  At the time I believed that being part of a large metropolis would grant me access to a wider range of human emotion and experience.  My hope was that this exposure would broaden my creativity, taking my writing to places I couldn’t even fathom.  And for a brief while it did.  I was having a ball meeting people and visiting strange and exciting new places.  The big city was vast and bustling, and it never slept.

Unfortunately, city life very quickly overwhelmed me.  The first few times I missed a personal writing deadline I was able to explain the problem away using convincing excuses.  So what if I slipped past the deadline I set for myself?  The article/short story/chapter was always finished before the actual deadline set by my publisher or agent.  I just needed a new computer that could run the latest word processor, or a faster internet connection that would allow me to do research more quickly.  The problem was always superficial.

Time marched on and my productivity kept dropping further and further away from my previous heights.  Finally, I hit rock bottom.  I sat staring at my computer screen, hands on my keyboard, but the words would not come.  My mind had become so busy, so filled with nonsense, that I couldn’t write anything.  I tried to focus in on what I wanted to convey but my inability to concentrate doomed me to failure.  My thoughts derailed themselves at every possible junction.  City life and the noise produced within its borders had made me mentally soft.  There was only one thing to do.

The next morning I packed my bags, gassed up my car, and drove to the most remote, sparsely populated area I could find.  When I exited my car I was stunned.  The silence was deafening!  Having become used to the constant noise of the big city it took me a few days before I could even pick out pleasant sounds such as a birdcall or the wind rustling through the surrounding foliage.  For a moment I was afraid I had somehow contracted tinnitus because there was a constant buzzing in my ears.  When I had effectively emptied my brain of all the useless distractions I had picked up however, that ringing disappeared.  Essentially, I had gone back to nature and I felt pure in a way I hadn’t for some time.

Not wanting to push my luck, I chose to leave my computer unplugged.  I was all in on this new venture and that meant that instead of a keyboard I would use a pad of paper and a pen.  Every day, about nine or ten in the morning, I would take a seat on the front porch of my rented abode and write.  Miraculously I found that I could focus again!  My thoughts formed in a neat and orderly fashion inside my mind!  The act of writing, which in my city days had become more a chore than anything else, was fun again!  I was free to be myself once more!

Days turned into weeks.  Weeks turned into months.  I filled twenty notebooks with my writing.  I went through eleven pens and fifteen pencils.  The only reason I plugged my computer in was to transcribe my writings so they could be submitted to my agent.  I lost contact with almost every person whom I met in the big city.  Truth be told, I never should have moved there in the first place.

Well, well.  What do we have here?  What could it possibly be?  I’ll let you in on the secret waveriders.  I’ve just listened to a magnificent album that serves as irrefutable evidence in the fight against people who say ‘they don’t make ‘em like they used to’.  While that proclamation may indeed ring true when talking about the specifics of how an album is recorded or mixed, the spirit from every musical era remains.  All one has to do to test this is open their ears and listen.  Let’s take that aforementioned album, Långt Från Stadslivets Dån by the band Laike, and use it to illustrate what I’m talking about.

Do you like to listen to folk rock that originated in the 1970s?  Me too.  Is it safe for me to assume that you have not heard a new recording which reminded you of that folk rock in years?  I thought so.  One last question.  Can you think of a present day band that features flute?  No, Jethro Tull does not count.  Don’t worry.  I couldn’t produce an answer when I asked myself the same question.  Enter Laike.  This band is basically a one man project.  That man, whose name is Christofer Stahle, is a Swedish musician who has been actively playing music for more than a decade.  According to the information provided on his bandcamp page, the Laike project began about a year and a half ago with the intention of being an outlet for the songs Mr. Stahle was producing by himself with no timetable attached.  He composed all of the songs and then brought in whichever of his musician friends was required to complete his vision.

If these songs are a true indicator of what can be produced over time in a low stress environment, let me say that I think many other musicians should think long and hard about jumping on the bandwagon.  Wow!  This is one of those albums waveriders that immediately clicked for me.  I’ve held off on writing down my formal opinion simply because I wasn’t exactly sure how much gushing would be involved.  In the end, it’s going to be a lot of gushing.

The first song on Långt Från Stadslivets Dån, “Modeslavarnas Marsch”, will effortlessly whisk you away from your present day troubles and place you in an easygoing yet energetic 70s state of mind.  A quick point of order folks.  The vocals on this album are in Swedish.  If you demand your lyrical content to be in English, this is not the album for you.  Also, while I don’t speak Swedish I am reasonably sure that these lyrics will not translate into ‘Hail Satan’ or some other metal-like ‘Kill Everything’ statement.  Then again, that’s just a guess on my part.  Moving on.

While it is certainly true that all of the songs on this album fall into the folk-rock category in one fashion or another, there is a significant amount of variety on offer here.  The title track “Långt Från Stadslivets Dån” has a real joyous, infectious energy.  “Ensamhetens Borg” is a very pretty song with different effects used on the vocals and instrumentation that make it ethereal.  “Gladiatorkamp” is about as close to a folk-rock funk song as you can get.  The influence of the six months Mr. Stahle spent living in Shanghai is most evident during the last half of “Bygger Stegar Upp Till Himmelen”, where the song transforms into what to my ears sounds like a musical/spiritual meditation.  “Du är Mer än Vad Jag Ser” really increases the folksiness with some wonderful violin work all throughout the song.  I could go on, but I think by this point you all have wrapped your heads around what I’m trying to get across.

Christofer Stahle’s Laike is truly something for your ears to behold waveriders.  A sonic gem!  If you like folk-rock the way it sounded in the 1970s then you need to drop everything and obtain this album right now.  I guarantee that your mind will be blown away!  As for everyone else, maybe you need a break from all that metal/hard rock/hip hop/pop/country that you’re listening to at the moment?  Laike is just what the doctor ordered.  Just don’t blame me when you find yourself not wanting to go back to your usual listening haunts.