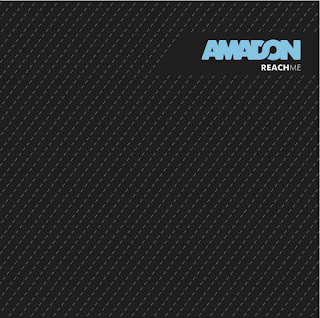 I know I shouldn’t start off with a rant, but what the hell.  I don’t listen to a lot of new rock music, because most of it sucks.  The Nickelbacks, Disturbeds, etc, and all of their clones have really ruined heavier rock music.  All of the bands sound the same and they seem to think that if you enough piercings, or tats, or whatever, bang out some power chords over mindless lyrics, that you are cool and you are tough and you are a rocker.  I’m sorry to tell you all that you are douche bags of the highest order, and nothing more.

All of this leads up to Amadon, who could be considered a modern rock band, and they have their heavy moments.  So I was a little leery of even listening to this album, let alone thinking I would have anything positive to say about it.  I am very happy to say that this is a very good release and I was quite pleasantly surprised.

The thing that I really love about this band is that they know who they are and what they want to sound like.  I’ve heard many bands who don’t have their own style and voice, who take a scattershot approach to song writing and put songs of all types of genres on their albums, and all this does is make me wonder what the band really sounds like.  Amadon does have a nice variety of tunes on this release, but they all sound like Amadon.  There is a certain something that I can’t quite put my finger on that just sounds like them.  So even when they do something like “Over The Line” which has a little bit of funkiness to it, or “Reach Me”, which has an industrial vibe to it that wouldn’t be out of place on a Nine Inch Nails album, or “Alive”, my personal favorite, which has some piano ballad type moments along with some heavy moments, it is always clear who this band is.  And that is very, very refreshing in the music world today.  Kudos to Amadon.

These guys write very good, well crafted songs, they have some very nice melodies that stick with you, and they give us all a reason to believe in new rock just a little bit longer. There are 5 tracks on this EP release and they are all worth listening to multiple times.  I’ll try not to be too jaded in the future.