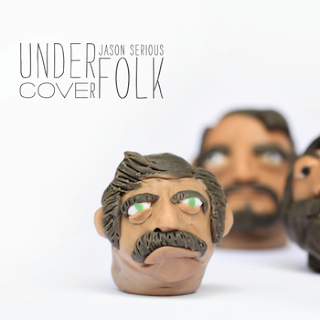 Folk music is just that - the music of common folk.  The life of the vagabond, wanderer, hobo, itinerant farm worker, equipped with an old acoustic guitar, travelling the country, seeking temporary work, telling it like it is - that is the origin of folk music.  It is simply about folks’ daily lives and concerns.  It is the music of the downtrodden and has historically gained popularity during difficult times.

Slavery and the Civil War brought folk to the forefront with popular tunes like Down By The Riverside and We Shall Overcome.  It experienced a resurgence in the 1930’s during the dust bowl and Great Depression giving birth to such artists as Woody Guthrie.  It also started to compartmentalize.  Bill Monroe’s music slowly became a separate genre - bluegrass - although it started as folk.

In the 1960’s folk again became music for the masses with its protests of injustice and reflections on the human condition.  Bob Dylan, Joni Mitchell, Joan Baez, Judy Collins, The Band, The Grateful Dead, The Byrds, CSN&Y, Poco, The Flying Burrito Brothers, and a legion of others resurrected the folk music of the past and wrote new songs that modernized it to appeal to a much more urban audience.  They also used it as a medium for political action as a focus for populist unity with power to influence government and politics.

The Country has been at war for over 10 years.  The middle class has lost its jobs and homes.  Monied interests buy their influence in Washington, D.C. and State Capitols and seek to control what the rest of us see, hear and do. It is no small wonder that folk music is again experiencing a resurgence.

Jason Serious’ latest album, Undercover Folk, consists of ten tunes that bring folk music into the 21st Century.  Serious is an amazingly talented songwriter.  Like Woody Guthrie, Pete Seeger, Bob Dylan, and the stellar folk talents that came before him, Serious can write a song that moves the listener in time and place.  He can evoke passion - from hope to hopelessness, from injustice to anger, from desire to love.   However. his is not protest music. It is music of, about and for the common man.
.
Instrumental accompaniment is simple and traditional, yet eloquent and elegant. Guitar, violin, drums, horns, piano, banjo and violin all are sparingly applied.  The album also takes folk in an unexpected direction merely by Serious’ choice of sidemen to play with him.  The country-folk tinge is actually played primarily by Europeans.  It makes the music that much more inclusive and, quite frankly, beautiful.

Songs like Met Jack Kerouac combine an old time shuffle with amazingly fun lyrics and a wonderful Dixieland feel. Purple Eyes, with its interesting harmonies, tells an engrossing story of loss, anxiety and life. On A Tide is as close to a protest song as Serious gets and, really, it requires extrapolation to see it as such.  The album ends with Buckets of Gin, a slow drunk shuffle. It is the folk song equivalent of a late night Tom Waits ballad.

The album is like putting on an old coat.  It is comfortable and warm with wear showing around the edges.  Each time you put your hand in a pocket you pull out something familiar and you are excited by the rediscovery. Although the jacket may not be fashionable right now, it once was and will be again,  Undercover Folk will give you a chance to search your pockets and your soul.