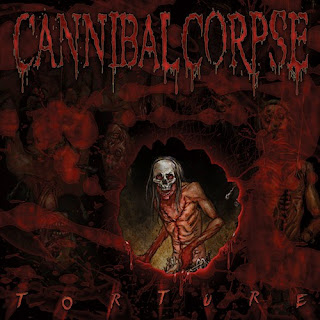 I'm not gonna lie-- for the most part I didn't get them, or death metal in general, as I've written about before. Beyond Cryptopsy and Asphyx, death metal usually seems trite to me, like the sort of things that an adolescent would write about "the world" before they'd ever actually been in it. Ben Ratliff, the music critic for the New York Times, once said, regarding Cannibal Corpse, that they had a fascination with gore and zombies that "bordered on sweet."

I've never been able to lose that comparison when listening to most modern death metal, particularly the "brutal" kind, versus "tech" death.

It really IS sweet. Like your kid brother who collected monster figurines. Like Mark Petrie from Salem's Lot (pre-vampire hunting) and his collection of Hammer horror figures.

There's a "manufactured" horror here, one they think real horror comprises, rather than what it actually contains. Henry Rollins screams about real horror. The disillusionment of genuine black metal, screaming about a "loss of faith and the hysterical fear and sadness it contains," (Ratliff again) sounds that horror. Even Bad Religion evoke a real freaking out in the face of modern life.

Most death metal, Torture included, is a parroting, an echo, of horror-- one sounded from the safe suburban zones that have managed thusfar to successfully avoid genuine agonizing friction with the "real world," as it were.

No, not a bit. It's well-written, groovy death metal, from guys who've been doing it for many years.

It's just that it's got to be experienced with the same mindset you use when you see a horror movie that's well done.

You know it's fake as hell (as opposed to a drama or even a documentary), but it still gets under your skin. It still rocks you, as it were.

"Demented Aggression" roars out of the gate with blast beats (and shows other, newer, bands that having been around for decades doesn't mean you have to mellow-- this could've been recorded by 18-year-olds); "Scourge of Iron" and its initial open-chord chug stand out, as does the blistering "Encased in Concrete"....

"As Deep as the Knife Will Go," and "Followed Home, Then Killed," are comically personal to me: as a forensic psychologist for almost 15 years (and this in 7 medium- or maximum-security prisons in 6 states), about half of these song titles are the MOs of the vast majority of my former clients-- someone's been reading FBI Profiler John Douglas-- or watching a shitton of Law & Order: SVU and taking copious notes.

Anyway, it's Cannibal Corpse-- it's death metal at its best.

For what that's worth.