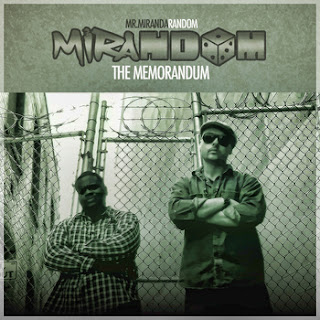 This episode of Music Cops was filmed on location somewhere inside the continental United States of America.  We pick up the action riding along with Officer Penfold.

Wednesday, 7:44 PM
“Attention all units.  This is dispatch.  We have received reports of a four fifty-five in progress near the corner of Commonwealth and Main.  Multiple suspects.  All units in the vicinity please respond.”
“Copy that dispatch.  This is Car Ripple.  I’m four blocks away from suspects’ location.  Officer Penfold en route.”
“Transmission received Car Ripple.  Proceed with caution.”
“Roger that dispatch.”
The cameraman in the passenger seat keeps his lens pointed towards Officer Penfold as he mashes the accelerator and activates the car’s siren.  Officer Penfold addresses him moments later.
“Man, another four fifty-five?  Persons listening to terrible music.  I’m telling you, these incidents are happening far too much for my taste.  This is the fifth call in the past two weeks!  It makes you wonder why people have such a hard time finding the cream of the musical crop.”
In less than a minute the patrol car reaches the corner of Commonwealth and Main.
“All right, let’s see what we’ve got here.”
The camera pans right to show beams of light pulsating through the open doorway and darkened windows of a nondescript, one story building.  The building’s interior is packed full of people gyrating in rhythm to some obnoxious song.  Three more patrol cars pull up moments later, and the four officers they carry quickly take direction from Officer Penfold.
“Okay, here’s the deal.  Our holstered hand speakers aren’t powerful enough to cut through this noise.  We’re going to need the heavy artillery.  I need each of you to position the rear of your vehicle so that it’s pointed towards the front of the building.  We’ll use our customized trunk speakers to play some high quality tunes that will draw the suspects out.”
“Will do Penfold.  What music are you going to play this time?”
“The same album I used the last three times Johnson.  It’s the new release from Mirandom.  Now go!”
All four cars backed into position, popped their trunks, and powered up their speaker arrays.  Officer Penfold wirelessly networked the other three cars’ speaker systems with his stereo, inserted the Mirandom CD, and hit play.  It took only a few moments before the righteous music blaring out of the monstrous police speakers lured the first few suspects out of the building.  One minute later the terrible music inside had stopped, and shortly thereafter everyone who had been inside the building was gathered behind the police cruisers.  Penfold stopped the music and addressed the crowd.
“Good evening everyone.  My name is Officer Penfold.  My fellow officers and I were called out to this location tonight because you were all committing a crime.”
“Are you going to arrest us,” asked someone in the crowd.
“Perhaps.  Listening to terrible music is a crime that not only affects you, but those around you as well.  Therefore, I’d like to now remind you of your Musical Miranda Rights.”

The cameraman caught everyone in the crowd nodding their agreement.
“Very good.  I’m going to let you all off with a warning this time, but don’t let me catch you listening to sub-par music again.  For now take this Mirandom album and play it when you go back inside.  Have a nice night.” 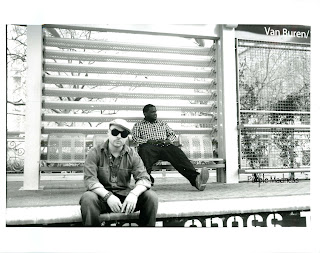 My fellow waveriders, it’s that time again.  That’s right!  It’s time to discuss a terrific new hip-hop album!  Hooray!  What is the name of this fantastic work you ask?  I’ll tell you.  The album is entitled The Memorandum, and the dynamic lyrical duo which made it is known to the world as Mirandom (a combination of their two names, Random and Mr. Miranda).  This is an album that you all needed to know about yesterday, or better yet, last Wednesday.   Perhaps that whole ‘last Wednesday’ thing seems strange right now but trust me, after one listen to this album it will all make sense.

Those of you familiar with my work on The Ripple Effect may recognize the name Random.  One of my first writeups laid bare my love of Forever Famicom, an album he made with producer K-Murdock.  Random is far and away one of my favorite artists today.  Not only is he tremendously prolific, but his work has never disappointed me in any way, shape, or form.  Not once!  In fact my only problem with Random is that because I know with absolute certainty that I will like whatever it is he releases, I sometimes hold off on listening to his work in favor of trying to find someone new.  The Mirandom album neatly sidesteps around that pitfall thanks to the presence of Mr. Miranda.  While I had heard of Mr. Miranda thanks to a couple of song collaborations with Random over the years, I’d never actually sat down and paid attention to what he was about.  Well waveriders, I can tell you that The Memorandum changed that quick, fast, and in a hurry!

Both of these emcees have what I describe as an athletic lyrical flow.  Their wordplay speeds up and slows down based on the needs of the song and what type of feeling they’re trying to convey.  It is a great testament that both lyricists maintain an almost conversation-like atmosphere throughout the entire album.  This comfortable atmosphere succeeds at welcoming the listener into whatever world they are creating.  Speaking of world creation, Random and Mr. Miranda prove repeatedly that they are not only great rappers but great storytellers as well!  Anyone desiring proof need look no further than “The Untold Story” where the two create a new urban legend describing how they met.  Personally, I can’t help but laugh every time I listen to the highly amusing wingman’s lament “Busted One”.  Is storytelling not your thing?  Maybe you’re looking for some conscious hip-hop instead?  Take a listen to “Home” or “Eastsider”.   Still not satisfied?  Perhaps you want a little battle rap?  Well I won’t call it a straight up battle rap but “Big Beat Jawn” comes very, very close.  The bottom line here is that The Memorandum is an exceptionally versatile album.

Before I wrap this up I would like to make a couple of things abundantly clear.  First of all The Memorandum does not contain any misogyny, overt violence, or glorification of criminal activity.  I can’t even recall any serious curse words.  I’m not implying that music incorporating these elements has no place in the world.  I for one lost count a long time ago as to how many parental advisory albums I own.  No, I just want to clarify that if those things happen to be what you are looking for in your hip-hop you won’t find it on this album.  Second, and more importantly for me, this is intelligent music.  This is smart hip-hop made by two smart wordsmiths supported by a few excellent producers.  No element of this music has been dumbed down.  Don’t get me wrong folks.  Your enjoyment of this album does not hinge upon whether you’ve received your Doctorate yet.  Not one bit!  All I’m saying is that it’s always refreshing to hear hip-hop artists using impressive vocabularies inside sophisticated rhyme patterns.

Waveriders, do you need to hear an album that will lift your spirits?  Do you like music that makes you think?  Do you need an album that will make you smile?  Is clever wordplay something that you enjoy?  Would you like to listen to some tunes with production that will allow you to get your groove on?  If the answer to any one of these questions is yes you need to head over to http://megaranmusic.com/album/random-and-mr-miranda-the-memorandum and sample the wares.  Just don’t blame me when you too become a repeat customer!