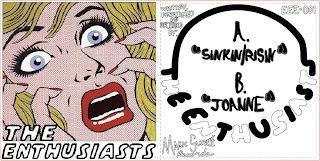 Mutated garage fuzz with a mean and beefy bottom end. The Enthusiasts know how to bring the rock into the garage rock vein.  Not content to settle on the fuzz and tin can vocals, the lads drop some big, near-stoner riffs, a nifty breakdown and a blur of a guitar solo into "Sinkin’/Risin’".  "Joanne" follow suit with a tasty, psychedelic guitar/vocal intro.

Coming from a “small town north of NYC”, this is the Enthusiasts second 7” platter.  Toss in a handcrafted, self-stapled sleeve and we got ourselves one tasty vinyl treat released on the band’s own Magic Sleeve Records.  Recommended for fans of Baby Woodrose and Dolly Rocker Movement. 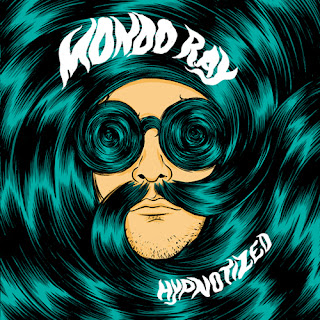 Another blast of garage fuzz this time courtesy of Windian Records.  What we got here is very simple. “Hypnotized” is about 2 minutes of absolute garage pop perfection.  Swirling organs form the background for a guitar, bass and drum attack.  Toss in a melody worthy of the best of Baby Woodrose and we got ourselves another winner.  Big time.  Flipside “Nothing” runs out on a sixties melody over a choppy, stuttering beat, and some nifty guitar work.   Seems to me that Mondo Ray are a couple of brothers, David Da Cruz on guitar, bass, and vox and Hugo Da Cruz on drums, organ and vox.  Don’t know what growing up was like in their house, but I’ll tell you, their parents certainly raised them right.  Also recommended for Baby Woodrose and Lorenzo Woodrose fans. 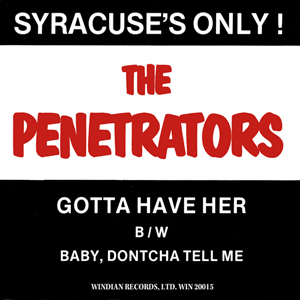 The Penetrators – Gotta Have Her b/w Baby, Dontcha Tell Me

Also sent in from Windian Records, The Penetrators took their music tutelage in a different garage.  No psychedelic flourishes here, these chaps trained under the watchful eye of headmaster The Sonics.  Fuzzed and amped, distorto R&B rains all over “Gotta Have Her,” making it sound like a lost, treasured gem from the 1960’s.   This song simply rocks in a sock-hop kinda way with some killer surf-guitar licks and barely-hangin-in-there vocals.  Great fun.    Flipside, “Baby, Dontcha Tell Me,” brims with a nascent rock fury, again bring on the Sonics, the Outsiders, the Standells.  You name it.  If it’s old school garage your looking for, the Penetratos deliver in spades.  Another winner from Windian. 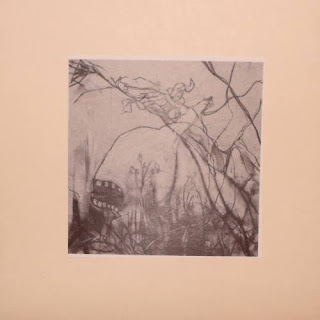 I’d not heard of Pile until Ripple’s good friend Dan Goldin of Exploding in Sound wrote to tell me that they were the first signing to his new record label, Exploding in Sound Records.  Well, Dan had already proven his good taste in music with Exploding in Sound’s killer comps, so of course, I had to check this band out.  What we have here is the band’s earlier 7” (on gleaming swirled green vinyl) originally released in 2010 (or 2011).  “Big Web” is a dirge of Velvet Underground inspiration in a post-hardcore kinda way.  Claustrophobic walls of guitar create sheets of sound as the tension and melody build.  Flipside, “Afraid of Home” lays down a similar vein with a pulsating bass line that literally drives the song.   I’m usually a bit leary of post-emo-hardcore-punk like this because it just becomes too whiny.  Thankfully, none of that happens here.  Soundscapes rather than songs are the story of the day, with vocals that build to a grind, not a whine.  Definitely, caught my attention to see what Exploding in Sound does next. 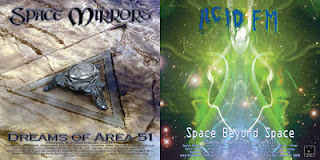 This split comes as a nice looking package from Monster Fuzz Records and Acid Fuzz  (Monster Records’s own Sparky Simmons) leads of right into a cosmic journey of space rock proportions.  Perhaps it’s a good thing that I was playing some Hawkwind last week, because Acid FM take us right back into that galaxy with gleaming guitars, black-hole sized bass and nebulous riffs.  “Space Beyond Space,” is just what the title says, a rocket adventure into the cosmos of mid 80’s Huw Lloyd Langton solo material. The track rocks, though, it never slags, with its up-tempo pace, nice star-shattering lead guitar work and spacey vocals. Flip over and we get Space Mirrors’ odyssey of a psychedelic inner cosmos exploring “Dreams of Area 51.”  Just when the song seems like it’s settled into a pleasant mid-tempo vibe, a mean riff explodes throughout the chorus elevating this to true headbanging galaxies.  Lyrics of governmental conspiracies, terrifying secrets, and lurking darkness, and sung-spoken by Martyr Lucifer round out this mind-blowing platter.  Cool limited edition 7” on red vinyl in 300 copies