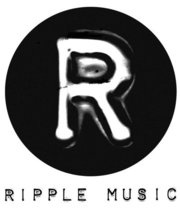 "This is a very big deal for Ripple Music as NAIL Distribution is an independent distributor with a proven track record of working with heavy music like Ripple, handles a tremendous catalog of artists, and operates with a ton of integrity." explains Todd Severin and John Rancik, co-owners of Ripple Music. "Plus, as a division of Allegro Media Group, this agreement opens up new and exciting opportunities for digital distribution of Ripple Music bands. We’re extremely proud to be working with the whole NAIL team and thrilled to get Ripple Music permeated through the ears of the North America,"

California-based Ripple Music burst onto the scene, making huge waves upon its launch in 2010 with a mission to release quality “authentic rock” for the hard-rocking world. Releasing vinyl, CD’s and Digital, Ripple Music quickly gained the approval of music lovers as they began working with some of the most respected artists in the heavy rock/heavy psych genres like Stone Axe, Mos Generator, Poobah, Fen, and JPT Scare Band. Since then, the Ripple family has continued to grow with critically-hailed releases by UK’s heavy rockers Grifter, Iron Claw, and Trucker Diablo.

"NAIL's excellent reputation among their client labels and retailers, their recent track record of labor-intensive growth, and the great people there in every department were all essential factors in giving us the confidence that we needed to make this move," notes the Ripple team. "Plus their absolute love for hard rock and what we're doing at Ripple. We’re very excited about our new relationship with NAIL."

www.ripple-music.com
Posted by The Ripple Effect at 10:34 AM