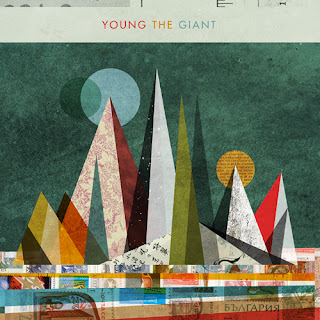 Sometimes I get spoiled by living in Los Angeles. Whether it’s walking down the street and bumping into a celebrity or knowing about a “hot” band before they make it seems completely normal. Sure the latter part of that statement will probably ostracize me from some of my readers, but it’s true.

Although it seems pretentious and snobbish, it feels weird constantly saying, “I have been listening to this band for X amount of years before anyone knew who they were.” After a while you become accustomed to this feeling and jaded since a lot of breakthrough bands emerge from the LA area. Even when I travel in “touristy areas” of Hollywood and LA I feel so cynical because it’s no big deal. Every once in a while I get that way with music, but it’s not entirely on purpose. I just assume everyone knows who I’m talking about when I mention popular LA artists like Baths, Local Natives, Active Child, Warpaint and Young the Giant. It’s the last band I want to discuss.

Since they first emerged several years ago, Young the Giant has been a band to watch. Originally named The Jakes and after a few personnel changes, they became Young the Giant in 2008. After playing South by Southwest and receiving some airplay from KROQ with their hit song “Cough Syrup,” Young the Giant was signed to Roadrunner Records. In Fall 2010, their eponymous debut album, Young the Giant, was digitally released and a few months later it was physically released on January 25, 2011.

While hanging out with some friends recently we read about possible bands playing KROQ’s Almost Acoustic Christmas in December and came across Young the Giant. Everyone then looked at me and asked, “Who are they?” I knew then I absolutely had to write about them. This is my daily plight: knowing way too many good bands that most people haven’t “discovered” unless you follow the alternative/indie music scene and are a music aficionado.

Over the past few years, KROQ has done an awesome job of noticing local bands that have created some of the best mainstream rock songs in recent years. Certain bands that I first noticed because of KROQ airplay early in their careers included Redlight King with “Old Man,” Foster the People’s “Pumped Up Kicks,” and Awolnation’s “Sail.” I believe Young the Giant’s “My Body” and “Cough Syrup” are two of the best songs physically released this year.

The album Young The Giant was mixed at the world renowned Electric Lady Studios in New York and was produced by multiple Grammy award-winner Joe Chicarelli, who has worked with Tori Amos, Beck, Minus the Bear, My Morning Jacket, Oingo Boingo, The Raconteurs, The Shins, The Strokes, U2 and The White Stripes.

The album kicks off with their first Australian single “Apartment” and we’re introduced to the sweet voice of Sameer Gadhia. The dreamy, sweeping sound of Gadhia serenading listeners is a great way to introduce yourself to this amazing alternative band.  The hooky and infectious “My Body” grabs a hold of all your senses. With catchy guitar riffs and a song so danceable you can’t help but rock out to multiple times, it’s no surprise why it remains popular. After all, “My body tells me no/But I won't quit/Cause I want more/ Cause I want more.” This irresistible rock anthem with an awesome chorus is a song you just want to leave on repeat. I could listen to this song all day and still be content. “My Body” is one of my favorite and best songs of 2011.

The melodic “I Got” follows up, but seems more of a buffer between two great songs “My Body” and “Cough Syrup.” At times it feels a Coldplay and Fleet Foxes hybrid song, but is still quite enjoyable. Gadhia’s voice at times does sound reminiscent of Chris Martin, but it doesn’t bother me. Like I just mentioned, “I Got” is overshadowed by Young the Giant’s “Cough Syrup,” arguably their best known and most famous song featured on their debut album. The song was previously released when they were still known as The Jakes on their 2008 EP Shake My Hand. “Cough Syrup” is by far the best song on this album and is one of the main reasons to check out this delightful debut album.

“Cough Syrup” highlights the immense talent possessed by Young the Giant. The song starts off, “Life’s too short to even care at all oh/I’m losing my mind losing my mind losing control/These fishes in the sea they’re staring at me oh oh.” I guarantee you will be humming this song all day. Even as I finish this album review I have played it ten times thus far since starting. I absolutely love this song and it’s definitely in my Top 5 Songs of 2011.

The fantastic “Your Side,” the absolutely amazing “12 Fingers and the breezy “Strings” makes you feel like you’re in paradise. You can close your eyes and immediately feel transported to a beautiful beach lying in the sand and sitting back enjoying a delicious beverage. The summer vibes presented by this tropical trio gives you a warm feeling inside.

Two other songs worth checking out are “Garands” and “St. Walker.” Overall, Young the Giant is a magnificent, memorable debut and one of the year’s Ten Best Albums. It’s not surprising that Young the Giant has opened for bands like The Futureheads, Neon Trees and Minus the Bear. Starting in February, Young the Giant will embark on their 2012 North America Headline tour with Grouplove and Walk the Moon.

If you like alternative and indie bands like Voxhaul Broadcast, Bear Hands, and/or any of the bands previously mentioned in this article then you should absolutely enjoy the greatness that is Young the Giant.