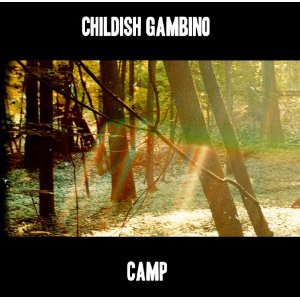 A week before the public schools let their students out for the summer my news station received a disturbing tip from an anonymous source. This tipster informed us that all was not right behind the cheery outer façade of Camp Glover, one of the premier summer camp destinations in Los Angeles, California. My station manager attempted to get more details from our tipster, but the only concrete statement he could get was that the children ‘were being brainwashed’. The tipster begged my manager to investigate, and he agreed. Due mainly to my seniority I drew the assignment. I checked out the necessary surveillance equipment from the station’s inventory and enrolled myself in the camp using their online registration form. Once I shaved my facial hair completely off, greased my hair, and put on some designer tees and a backwards baseball cap I resembled a seventeen year old boy. Huzzah!

I won’t bore you with every detail that emerged from the audio/video surveillance over the next couple of weeks, but I will highlight the event that I found most shocking and strange. On the very first night, the boys and girls were separated. The boys all gathered at the ‘Meeting Hall’ after the evening meal. My video cameras caught everything. Two young men addressed the assembled crowd from a stage at the end of the hall. One of the men sat in a throne-like chair and was identified as the founder of the camp, the Childish Gambino. He never spoke a word. Instead he allowed the second man (his Consigliere), to dole out all of the important information.

“Greetings campers. Welcome to Camp Glover. My name is Derrick. We are going to have a great summer, but first I need to let you know about a few important guidelines you’ll need to follow. First of all, the girls attending this camp along with their leader Belanie are not to be trusted. Treat them with respect, but never forget that they all live solely to break your heart.”