A non-Sunday Conversation with Roll Acosta 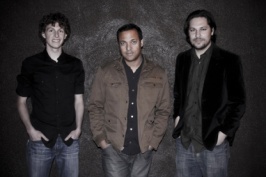 Jake: I usually have musical epiphany’s randomly. Sometimes I’m at work, in the shower, and most appropriately during a practice or jam too. But I’ve accepted inspiration is everywhere. Not just black and white.

Jake: To be honest, most of the songs I write are usually based off of a riff first. However, every once in a while, I just start writing words and take that route.  Everything works itself about after about the third time I play/revise everything

Jake: This is a tough question. I have so many influences in soo many different ways, songwriting wise- Glen Hasnard, voice-Robert Plant, stage presence- Freddie Mercury, the list can go on and on really for days.

Jake: Most new inspiration comes from simply listening to many different types of music. I like hearing new ideas or just an arrangement of a song I’ve never heard before. If I can’t find a different source of stimulation, creatively, I’ll actually vehemently seek out new music.

Jake: I’d say we’re a new age soft rock alternative. We have elements of folk and indie because of the way we work and write, but overall we use pretty simplistic raw instrumentation to create a bigger sound.

Jake: My musical intention is really to be able to give the audience great music, write that music, and perform that music to eventually live full time. Don’t really need to be rich, just want to play my music.

Jake: We definitely have some secret practice tracks where I mumble words, or really get off topic.  For example, a song that we play called “Armistice” was originally dubbed Carburetor Song, because I kept mumbling those words. 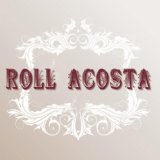 Jake: This is very open to interpretation, but I think a great song is a song that can connect to more than one audience and usually span across at the least a generation of satisfied listeners. I’m sure not all would agree, but most classic rock and soft rock tends to fall into this category.

Jake: I’ll tell you that it was not as interesting as what I write now. I definitely wrote some grade A bologna, mostly because I was learning and developing my songwriting and overall ability to listen and arrange accordingly. I think the first song I wrote had like three Goo Goo Dolls style chords, jeez.

Jake: I am most proud of my professionally recorded material. I feel like when I created music for my groups in a real studio with real great hardware, mic’s, etc. I knew that I had to rise to a certain level and bring it on each take.

Jake: I think right now bands like Airborne Toxic Event, Swell Season, Phoenix, Mumford and Sons, Avett Brothers, Muse, and tons of others actually have some very intense and relatable lyrics and songwriting in spades.

Jake: I actually prefer either digital or CD. I feel like most Vinyl can be a novelty in the US. So if I lived somewhere I else, I might think differently.

Jake: Roll Acosta is native to Tucson, and I think the best place to look for music is either the Chicago Store downtown, Zia Records or online.

Jake: I guess I would say just listen to as much music as possible. We are in an age now where we can pick and choose, so don’t get stuck on one group. Explore it all, and in the meantime I’ll keep working to make sure you have more to listen to.
free download free podcast. interview new cd new music roll acosta