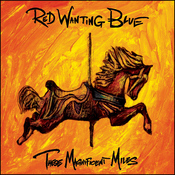 The road is a fickle mistress.  Ask any working band that is trying to make a living playing music. The band is usually on a bus, van, truck or RV stuffed with band mates, roadies, gear and luggage. The band could be in Ames, Iowa on a Wednesday night followed by an all day road trip for three nights of performances in Kearney, Nebraska, then three days on the road to play one night in Vienna, Virginia, afterward leaving immediately to drive to the next week’s gigs - one in Philadelphia, one in New York and one in Cambridge, Mass., on consecutive nights, then a couple of days in New Jersey before heading to Illinois.  In the words of Robert Earl Keen, “the road goes on forever and the party never ends.”

For many, exhaustion sets in and, after a while, tempers flare.  While many bands stop to write new material, others add to the touring madness and write and fight over new material while travelling.  There comes a point in many band tours where there is a question whether therethere is still a band to tour.  I’m willing to bet more bands directly or indirectly dissolve due to the rigors of the road than those that disband due to money or artistic differences. Few bands can tour continuously and write and perform great music and remain together all at the same time.

For every pain of the road, however, comes a pleasure from the road.  There are times when the band performs that the music is tight and the audience is in sync  One of the greatest feelings  for a singer, songwriter and band is to have an entire audience in the palm of your hand.  The crowd responds to every song, sings your lyrics, holds you up in lights, sways in unison, roars , . . . .  Once a touring band captures the heart and soul of the audience the musicians begin to crave the audience’s adoration.  Songs get written to set the stage for audience participation. The music reverberates in audience participation anthems and concert goers became groupies and followers.  The songwriting becomes more honed and precise from all of the road’s new experiences and they learn what please the audience.   If the band survives the road it can result in a solid fan following and a tighter band with better written songs.

That brings us to Red Wanting Blue -  a band of road warriors who enlisted Jamie Cadiloro (best known for producing Ryan Adams, Willie Nelson and REM), for the album “These Magnificent Miles” with the vision to capture the essence of the band’s live performances but without the audience.  Red Wanting Blue is fronted by singer/songwriter Scott Terry who also plays guitar and ukelele, and features Mark McCullough on bass and vocals; Greg Rahm on guitar, keyboards and vocals; Eric Hall on guitar, lap steel and vocals; and Dean Anshutz on drums and percussion.  Terry has been continuously on the road alone and with the band for a decade. His craft has been honed to the point where almost every song is a poetic gem and stirring anthem.  Add his deep, distinctive, baritone and this becomes is a highly skilled band that has an uncanny ability to move an audience.  Cadiloro was incredibly successful in his effort to bring the album’s vision to reality.

Red Wanting Blue has a superb Americana classic rock vibe.  They have an ability to plug into that Lynyrd Skynryd, Smashing Pumpkins, Dave Matthews, “get on your feet and sing along” mentality.  Every song on the album, all twelve tracks, could be top 40 classic rock favorites.  There is no question these are songs written and honed on the road.  As Sonny Terry says,


There is something about traveling that inspires me very much. Have you ever noticed that you always feel a bit wiser and more emotionally centered coming home from a long trip? And even though you are happy you made it home, there is a sadness that comes over you as the trip ends? It's as if the road brings out an honesty that tends to get lost when you're in the same place for too long. Just as the companions you shared your travels with are always held in some higher regard when you look back on them.
A feature-length documentary about Red Wanting Blue is also in the works.  It is being produced by Davenport Theatrical (Avenue Q, Will Ferrell’s You’re Welcome America, Alter Boyz) and focuses on the road warrior achievements of the band.  Terry obviously has grown to love touring and playing to audiences.

“There is a romance to this circus life,” according to Terry. “With a little luck, and a lot of support from the greatest fans a band could have, we hope to ride this open road like a hammer into history.”
After listening to this release I am sure they will.

Another benefit to a continuously touring band is  there is a good chance the band will soon play in a town near you.  Here is a snippet of the Red Wanting Blue’s summer touring schedule, just through July: