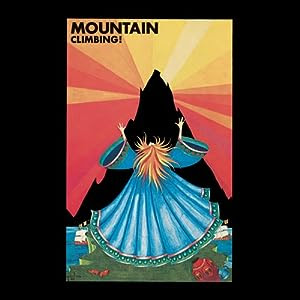 As I write this, Mountain’s legendary guitarist Leslie West is recuperating in the hospital following leg amputation surgery due to his long term diabetes. Mountain was scheduled to perform at the Hard Rock in Biloxi, Mississippi when Leslie started having problems that led his operation. Reports say that Leslie is doing well and should be discharged shortly. Not long after the surgery he called into his friend Howard Stern’s radio show and sounded in good spirits. I know I speak for everyone involved here at Ripple that we wish him a speedy recovery and look forward to hearing his incredible guitar tone again very soon.

On to happier things, like celebrating Mountain’s awesome debut album Climbing!, originally released in 1970. Leslie released a solo album titled Mountain in 1969 but not long after that he and bassist/producer Felix Pappalardi decided to form a full time band. One of their first shows was at the Woodstock festival in 1969. The band was not complete until powerhouse drummer Corky Laing joined and the rest is history. Most people consider Mountain a power trio and forget about 4th member Steve Knight on keyboards. Felix wanted a keyboard player to avoid comparisons with Cream but Leslie could have cared less and has never really said nice things about Steve over the years. Either way, this is the line up that produced one of rock’s greatest heavy albums.

Opening with the most identifiable cowbell lick ever, “Mississippi Queen” erupts from the speakers no matter what you play it on – transistor radio, massive PA system or anything in between. The result is always the same: 100% KICK ASS!! Unlike many other popular rock songs, I never get tired of hearing it. If it comes on the radio you immediately forget about what was played before it and you will be furious if the DJ follows it up with Billy Joel. Not all Long Island rockers are equal. Once you get past the cowbell what really hits you is Leslie’s utterly MASSIVE guitar tone. Many have tried but no one comes close to that sound. He’s gone on record many times as saying that he wound up using a Sunn PA amplifier at the Fillmore West because the Marshall amps he was expecting never arrived. He liked the sound of his Les Paul Junior plugged straight into it so they used it on the album. The main thing about his guitar tone is that it just sounds really fuckin’ LOUD and makes you want to turn the stereo up. 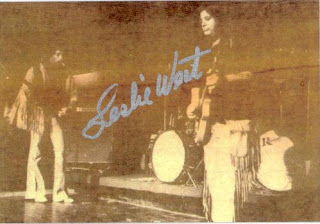 If “Mississippi Queen” doesn’t melt your speakers than “Never In My Life” will. Faster, harder and almost twice the length of the hit single, “Never In My Life” is simply one of the most kick ass songs of all time. Legend has it that Jimi Hendrix was in the studio next door and Leslie asked him to come in when they were mixing it. Jimi was knocked out by the riff and later on played bass behind Leslie during a jam with Corky. Not a bad endorsement for your debut album, eh?

But Mountain Climbing! is not all just speedy blues riffs and pounding cowbell. Songs like “Theme from an Imaginary Western” and the Woodstock anthem “For Yasgur's Farm” (both sung by Felix) offer nice counterpoint to the heavy rock jams. Probably the biggest strength of this album is the balance between heavy and quiet, light and dark. Acoustic numbers “The Laird” and “To My Friend” set up the rockers “Silver Paper” and “Sittin’ On A Rainbow” perfectly. Variety is definitely a lost art amongst most of today’s bands. Leslie’s vocals are shouted and raw while Felix is much more melodic. When you combine that with great songs and excellent musicianship you have a timeless classic like this.

Climbing! is a real one of a kind and belongs in every rock fan’s library regardless of generation. It goes without saying that the louder you play it the better it sounds and it gets stronger year after year. Send Leslie some good thoughts and crank this one up soon.