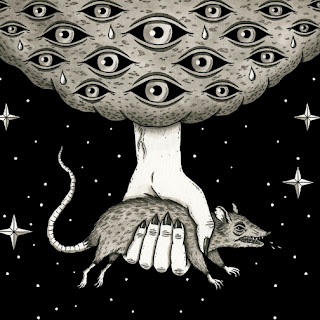 Hey, Waiveriders! It's your old pal Cicatriz. Today I bring you another awesomely hard hitting Hardcore album. Today we speak of Harm's Way. Harm's Way is a Metallic Hardcore outfit out of the Windy City, Chicago, Illinois. They bring us their new album Isolation.

Harm 's Way kicks things off with the track, “Scrambled”. This is a great opener. It starts off as an intro with a simple drum beat, casually adding in guitars that and at the 1:31 mark it's on. Full of down tempo guitars and bass. Classic hardcore ethics here. Drums on this track are the stand out in my opinion. They are a nice mixture of classic hardcore drums, with a little d-beat and metallic double bass thrown in. Vocally this song is angry as all hell. The lyrics are spit it you in a manner where you don't feel like you're being yelled it. They flow with the song perfectly.

The title track “Isolation” is the third track on this eight track hardcore masterpiece. Much of the same going on here. Hard hitting drums, crunchy guitar work and one angry sounding vocalist. For fans of riff heavy hardcore this is the jam to check out. Some of the lyrical content I was able to make out clearly were, in no particular order: “bitter wasteland...separate myself,.. separate my soul..there's a place for me”.

“Pretender” is the final and longest track off Isolation. Clocking in at epic 7:28, “Pretender” wraps things up nicely. (Well angrily but you know what I mean.) This is a very cool track. Seems almost spacey to an extent as if these straight-edgers accidentally hit the bong before recording. The track starts off like any other hardcore song but at around the 3:30 mark you are hit with a clean guitar sound spoken words. Soon after the drums kick back accompanied by some spacey sounding guitars and Isolation comes to a close.

All things said it's an awesome album. I can only imagine a bunch of “hardcore kids” karate chopping, throwing elbows and “picking up change” in the pit at a Harm's Way show. Harm's Way may be a new name to some Hardcore listeners but are well on their way to becoming a household name to metal and hardcore listeners alike.