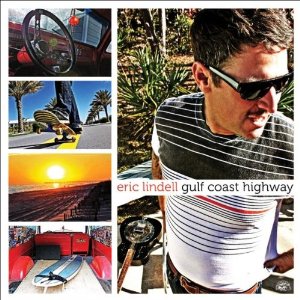 There was very little change in my pocket.  The jingle jangle of pennies, nickels, dimes and quarters had been replaced by the swish swish of the inner cotton pocket of my jeans.  I was quickly walking through the dark side streets of the French Quarter.  The glow of cigarette cherries in dank doorways and side alleys, and the smell of urine made me anxious.  I started to trot, then jog, out to Rampart St.  It was getting late and I needed to get back to my dingy hotel on Bourbon Street.

To tell the truth I was lost and scared.  I hurried past Dauphine Street and pulled up at Frenchman Street.  That is when I first heard the sound coming from a bar called the d.b.a..  As I approached I could see this slender white boy belting out some of the best funky New Orleans-tinged blue-eyed soul I had ever heard.  I stood in the entryway transfixed. A melodious cacophony of electric guitars, organ and Creole horns accented the funk, blues and roots-rock. All of the sudden it didn’t matter that I needed to get back to the hotel to sleep since I had a 5:35 a.m. plane to catch.  I asked the bouncer, “who is this guy?”  He said two words “Eric Lindell” and then said, “If you’re gonna listen you got to pay them dues. Cash only.” I made rabbit ears out of my empty pockets, asked for directions to my hotel and left.

I woke up the next morning and could not get that sound out of my head.  Eric Lindell, hmmm?  I vowed to see if he had a recording or two. Half awake, and humming some unfamiliar melody, I made my way to the airport for my flight home via SFO. Before I made it over the Bay Bridge I stopped at a Rasputins in the City to look for Lindell recordings. I found a few, and grabbed the then most recent, a CD called Gulf Coast Highway.  I took my choice to the clerk at the cash register and pulled out my plastic. I think the clerk was a dude, however, it was hard to tell with the black leather, orange hair, heavy black and blue eye makeup, tattoos and dozen or so piercings.  I handed him, her, it Gulf Coast Highway and he, she, it said, “Oh, Eric Lindell, I grew up with him.”  I looked the cash register being in the eye and said “Really, where?”  The clerk responded “In San Mateo.  He used to play in bands throughout the Bay Area before he moved to New York then to New Orleans back in ‘99.”  I responded, “You don’t look like much of a blue-eyed soul fan.”  He, she, it said, “Well, his early stuff was influenced by Fishbone and Black Flag, that was more my style.  I’m told he’s now quite well-known in the Big Easy.”  I thanked the clerk for taking my credit card and set off for home.

I got back in my car and popped the CD into the stereo.  Out came the funkiest, coolest,  mix of roots-rock, blues, swamp R&B and honky-tonk soul I had heard.  Gulf Coast Highway features 12 original Lindell songs and three amazing covers - Buck Owens’ "Crying Time", Delbert McClinton’s "Here Come The Blues Again" and Waylon Jennings’ & Willie Nelson’s "I Can Get Off On You".  Backing Lindell are Stanton Moore and Robert Mercurio of the funk band Galactic. The inimitable New Orleans fixture Jimmy Carpenter shows up on tenor sax.  Lindell adds an incredible lead guitar and vocals to this Crescent City Cajun musical stew.  Lindell’s voice is like Delbert McClinton’s but on steroids. His style is a hot mix of cool rhythm and blues ("If Love Can't Find A Way"), backroom honky tonk ("It's A Drag "), and country western soul ("Lullaby for Mercy Ann").

I pulled into the driveway just as the fifteenth and final cut, “Raw Doggin’,” a bump and run funk band bit of bluesiness, cleared the speakers.  Since that trip I have acquired every single one of his recordings and can’t wait until his newest West County Drifter is released on August 30, 2011.  Lawdy lord, I’m ready to pre-order.  What about you?