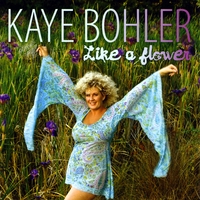 One of the constants in my life since I first moved to Northern California over thirty years ago has been the local music scene.  Ever since the blues moved west in the 1940’s the area between Monterey and Eureka,- the Bay, Coast, Redwoods, Peninsula and Delta - have been  magnets for musicians and artists.  Well above the average per capita number of musicians and artists live here than live in most other major metropolitan areas. Northern California has its own cadence and its own style.

The Bay Area was overrun with great players well before the blues-based “San Francisco Sound” - that counterculture rock music performed live and recorded by San Francisco-based rock groups of the mid-1960s to early-1970s.  After World War II  the “West Coast Blues” style exploded all over the Bay Area.  It was typified by T-Bone Walker and Charlie Christian with their jazzy swing versions of Chicago jump blues.  The West Coast Blues became the progenitor of the “San Francisco Sound.”

The result of all of this talent in one place inevitably leads to recording sessions by neighbors and friends.  Such is the case with Kaye Bohler’s release Like A Flower. Kaye is a Bay Area singer/songwriter who fronts her own blues band, The Kaye Bohler Band.  On Like A Flower she enlists the help of two Northern California blues guitar legends, the amazing Robben Ford and the incomparable Tommy Castro.  When put all together by Berkeley-based Red Rooster Studio Producer Tony Lufrano you get a great album of Kaye Bohler written blues tunes that provides a wonderful snapshot of the West Coast Blues community in the early 21st Century.

Bohler has a deep blues voice with decent, but limited, range.  Yet, that is not necessarily a bad thing.  Billie Holiday’s voice lacked range, was thin, and due to years of excessive drug use, quivered.  There is more to singing than range, such as delivery, and Bohler makes the most of what she has.

It is the rotating band line-ups that standout on this release. Predictably, the tracks with Tommy Castro and Robben Ford are incredibly tight, However, the band on every track cooks despite ever-changing band personnel.  It seems as if every track is backed by a different group of players. It makes for a “Who’s Who” of today’s Northern California blues player community. Kaye is joined by her husband drummer John Paul and lead guitarist Sammy Varela, both from Kaye’s Bay Area Band; bassist Steve Evans from the East Bay’s Chris Cain Band;  Berkeley-based session guitarist and instructor Garth Webber; percussionist Cubby Ingram from the San Francisco group What a Band!;  San Francisco vocalists Kathy Kennedy and Keta Bill; Bay Area guitarist Danny Caron; Oakland trumpteer Tom Fuglestadt; Walnut Creek saxophonist Armon Boyd; tombonist Joel Behrman from the San Francisco group Brass Mafia; Bay Area drummer Jimmy Sanchez formerly from the Delta Rhythm Kings and now with the Flying Other Brothers; San Francisco trumpeteer Tom Poole; and the list goes on and on.

That, in itself, makes Like A Flower an important album in the history of the “West Coast Blues.”  I know of no other album that brings together the backbone of the Northern California blues-based music community in one release. Future music lovers will be able to listen to this 2009 album and hear and feel the West Coast Bay Area blues music scene of the first decade of the second millennia.