A Burst of EP's - Featuring After Oblivion and the Great Sabatini 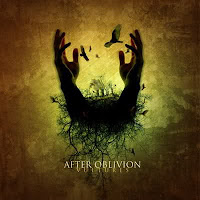 This three song promo found it’s way onto my hard drive and into my heart just the other day.

That band is the technical death metal band After Oblivion.  These dudes are based out of Tuzla, Bosnia & Herzegovina…try and say that three times fast. I am a fan of all things metal…especially good death metal. That being said, I am very skeptical of new death bands. It seems as though nothing has hit my tastes buds and made me want more. After Oblivion is a different story.

Their new Ep, Vultures is everything an up and comer in the death scene needs to be. Fast and thrashy yet not relying heavily on meaningless guitar solos. Their singer Adnan has an epic approach to his vocal stylings, which are very reminiscent of Death singer, Chuck Schuldiner. Almost as if he has risen from the dead. Could Adnan be the long lost love child of Chuck Schuldiner…possibly conceived during a late 90’s tour of Bosnia??  Maybe. The band itself reminds me of a 90’s tech death band. Again, you can hear their influences from the band, Death.

The lead off track to Vultures is a song called “Septic Mind“. A very cool song that starts off with a very epic thrashy intro. Which leads into Adnan’s screeching vocals. Thrashy breakdowns and an awesome guitar solo make this one a keeper. I could see this band opening up for Amon Amarth or maybe even The Faceless.

Hopefully soon we will be graced with new full length album soon from the boys in After Oblivion. My musical taste buds cannot wait.

Listen to the album here: http://www.myspace.com/afteroblivion 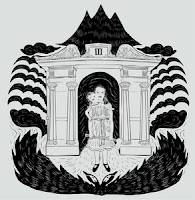 The Great Sabatini 7"-- By the Power of Greyskull

A 3-song EP/ 7" (though essentially 2, since middle track "Helter Skeletor" is a minute instrumental), Montreal's The Great Sabatini and their self-titled 7" are a Lo-Pan-ish mix of rock with doom and stoner features.

They get big lyric points for so many diverse references in three songs (Rafael Sabatini, Vincent Lugosi/ Charles Manson, Jon Heder, He-Man and the Masters of the Universe), even though the lyrics are screamed into incoherence-- and the music is just as cheeky and surprisingly innovative: "Napoleon Sodomite" pounds along with a nice detuned-yet-nimble single-minded riff and "Trap Sequence" use a cool sequence of octaves to make things more heavy (rather than the ubiquitous power/fifth chord) and, even though it's instrumental is the best and most interesting track on here, eventually speeding up and into oblivion.

Kudos for writing catchy yet short doom songs. They get in and out cleanly and well.

Nothing terribly unique, but fun stuff. Makes me wanna hear a full-length from these guys; if they can hold their penchant for being cute down to a dull roar (letting it enhance their music and not define it), should be very cool.
--Horn
buy and listen here: http://www.myspace.com/thegreatsabatini
Posted by The Ripple Effect at 12:24 AM

I dig the After Oblivion stuff. The singer sounds dead on Trevor Strnad, and the music reminds me of Anacrusis.

Banjo you say? In a doom song? Intriguing! And if After Oblivion reminds Horn of Anacrusis, I definitely have to check them out. On occasion I dig me some Anacrusis! Great stuff guys!