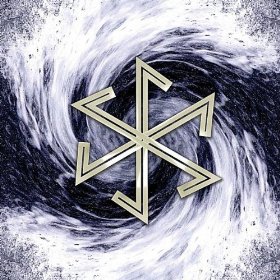 Captain’s Log 11-20-2010: I am filled with apprehension.  Out of a blind sense of obligation I volunteered my services along with my crew’s for this possible rescue operation.  Why call it a ‘possible rescue’ you ask?  Simple.  No one knows for sure whether or not the ship we’re to rendezvous with is actually in need of assistance.  We do know that the ship has remained anchored to its coordinates since re-establishing contact thanks to their GPS tracking unit continuously broadcasting their position.  My radioman has been hailing the ship in question every hour on the hour with no response to this point.  No matter.  We should make contact with the ship in the early morning hours tomorrow.  All in all, there are too many unknowns for my peace of mind.

Captain’s Log 11-21-2010: Approached Ironwood’s ship this morning.  To my surprise the vessel appeared to be a combination of old and new technology.  It had a modern looking hull but also two tall sailing masts.  We circled the ship and found nothing out of the ordinary.  There were no signs of struggle, explosions, or distress of any kind, and the few people seen on deck were smiling and waving to us.  I asked my helmsman to bring us to a stop parallel to the vessel and set about ordering other crew members to get the mooring lines ready.  To be honest, I felt very pirate-like in that moment.

Captain’s Log 11-22-2010: Excitement is in the air!  Many things occurred once my crew and I boarded Ironwood’s ship.  Strange and wonderful things!  First of all we were greeted warmly by our ship-borne counterparts.  To a man they were in very high spirits, but they did seem somewhat taken aback when I suggested that we were here to rescue them.  A couple actually laughed at my statement, while the rest assured me that they were in no need of rescue.  Now it was my turn to be confused.  Whilst befuddled, I asked the captain why they were seemingly anchored out at sea and had not returned to port.  In reply I was told that the band was just finishing up their recording, and it was essential that the recording be finished at sea without interruption.  “Just wait till you hear the music that Ironwood has created!  It’s amazing,” exclaimed the captain.  I decided that I had better meet with this band to get the full story.  The captain explained that I could find the band in the bowels of the ship, so I set out through the nearest bulkhead door.

I found the band in a cavernous storage room in the center of the ship, right where the captain had directed.  They were putting their guitars and drumsticks down when I made my presence known.  Actually, there was still a slight ringing in the air from the music they had been playing.  Similar to the crewmen above, all the members of Ironwood also appeared extremely happy, with bright smiles and countenances.  Henry Lauer, vocalist and bass player, went so far as to clap me on the shoulder in a form of celebratory greeting.  Matthew Raymond, vocalist and guitar player, shook my hand and told me that he was terribly happy I could share in this momentous occasion.  I asked what occasion they were referring to and they responded, “Why…the completion of our new album of course!  We decided to seek out inspiration from the sea, and it provided us with more than we could ever have asked for!  You must listen to the results of our voyage for yourself!”

I’m convinced that each member of Ironwood has split personality disorder.  That’s not normally a good thing, but in this instance, it’s fantastic!  One moment the band will be playing some folk music, the next it will explode into some black metal, and at other times they delve straight into the heart of progressive metal.  Heck, this all regularly transpires in the same epic song!  I love it!  Versatility at its finest if you ask me, but even if you don’t ask, I’m going to offer up the observation anyway.  Hardy, har, har!  Those souls daring enough to take a listen to this album will be sent on a wild ride along crest and trough fit for the brave and adventurous alike.

Storm Over Sea is comprised of eight songs.  Each one has merit and is necessary to the overall feel and flow of the album.  Truly, the experience would not be the same if one of these essential cogs were removed, but the real story lies in the three epic length paeans to the sea and it’s might that form the core of the album.  “Infinite Sea” is up first.  It commences with a bang right after the introductory track, “Hail Sign”.  Blackened metal roars out of the speakers.  Important differences from other black metal I’ve experienced would be that the screaming quickly segues into actual melodic singing over the blastbeats, and you can actually hear the bass line clearly (I know right!?).  The latter half of this song delivers all the progressive metal elements you know and love: soaring guitar solo, dual guitar lines, harmonious vocals, etc.  “Weather The Storm” is the second epic on offer, and boy does it live up to its title.  Similar to “Infinite Sea” this song begins with some serious black metal.  Unlike the first song however, “Weather…” is unrelenting for the first four minutes, whereupon the heaviness implodes on itself and leaves a delicate calm in its wake.  Towards the end of this song all the violence of the opening passage is completely washed away as the beautiful folksy elements take center stage.  Last but certainly not least is “A Bond To Sever”.  This song has all the elements of the other two epics, and then adds more on top for good measure.  Righteous stuff!

So waveriders, there are a couple of questions you need to ask yourselves.  First off, what kind of album interests you?  Do you like mentally stimulating music?  Are you looking for background fluff, or something that will demand your full unadulterated attention?  Does music that takes you on a voyage to destinations unknown hold interest for you?  If you are anything like me (and boy do I hope you are) the answers to these questions are blatantly obvious.  Yes, I love music that makes me think.  Yes, I want an album that unflinchingly stares in my face and demands my full attention.  And yes, I wholly appreciate any album that allows me to venture into unknown territory.  Ironwood, with Storm Over Sea, has created an album that meets all of those requirements, and exceeds all of my expectations.  Listen to the full album for yourself at ironwoodsound.com.au.

Captain’s Log 11-25-2010: Despite repeated attempts to draw out the full story of their voyage, everyone associated with Ironwood remained tight lipped.  I guess we will never know the truth about where they disappeared to, or how they got back.  We are returning to Sydney Harbor with Ironwood’s ship in the lead.  By this point all of my crew have listened to the band’s new album, and to a person (I have both men and women in my crew), they can barely contain their excitement.  Believe me, I sympathize!  Frankly if, as the band states, the sea directly inspired their music, then put me on record as stating other bands should be forced out to sea.  It will be good for them sure, but it will be great for all those poor land dwellers!  Can you imagine the power of that music?  I’m not sure I’m capable either, but I’m absolutely positive more people would take up boating.  You can count on that!

Penfold said…
Thank you very much. You know, I honestly never thought about the Star Trek angle to this review until now. Good call sir! Originally I just wanted it to sound like a sailor's journal. As a kid I certainly liked TNG a lot and DS9 to a certain extent, so I guess my repeated viewings did indeed have an impact on me. Haha!
February 2, 2011 at 4:16 PM

fender said…
I have always been interested with music and it is good to know that there are still some good bands playing around. Thanks for sharing!
February 2, 2011 at 7:18 PM