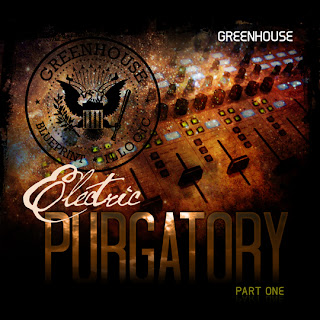 I make it through the cabin door and slam it shut seconds before the wall of snow comprising the body of the avalanche engulfs everything.  After the tremendous initial thud, produced by the snow bashing into the cabin, everything goes eerily quiet.  Also the light in the room is quickly extinguished when the snow buildup outside the windows turns them opaque, precluding any sunlight from shining through.  Not having been in this situation before, I’m struggling not to fall into a state of panic.  My hand jumps up and flips the light switch.  Amazingly, the lights come on and my nerves are slightly eased.  Okay, I still have electricity.  That’s good.

I decide to see if my cabin’s phone is still operational.  I pick up the receiver and hear the reassuring dial tone fill my ear.  Thank goodness!  I call the local emergency number, and an operator takes my call.  She already knows about the avalanche and asks me if I am all right.  After I check myself for any obvious injury I might not have noticed, I inform her that I am unharmed.  She then asks for the address of my cabin.  When she receives the answer, she asks me if I have any provisions to hold me over until a rescue crew arrives.  Thankfully I had just stocked up on food, water, and other essentials the day before so I inform her that I will be fine for a little while.  The operator calmly and politely informs me that due to my location it will take at least a couple of days for the rescue crews to work their way to my cabin.  I tell her I understand, and she takes my phone number reassuring me someone will call me back with regular updates.  Thanking her profusely, I hang up the phone and decide how to entertain myself. 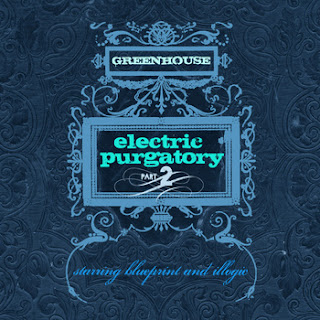 I know.  I’ll listen to some music.  But what music should I choose?  I walk over to my music shelving knowing full well that my current frame of mind is going to eliminate some of my regular selections. Let’s see, I don’t feel like listening to something bright and cheerful.  I also don’t want to hear something crushingly heavy.  Say, what’s this on the top shelf?  It’s the two newest EPs from the hip hop group Greenhouse.  I recall that I wanted to listen to those again now that we’re in the middle of the winter months (in the United States) due in part to the atmospherics of the music.  Yes, that’ll do nicely.

Greenhouse, formerly Greenhouse Effect is a well established hip hop act from Columbus, Ohio.  While there have been a couple of lineup changes over the years the group is currently made up of two people; rapper/producer Blueprint (the only constant member), and rapper Illogic.  These two EPs, Electric Purgatory Parts 1 and 2, have a rather interesting genesis.  As stated previously, these artists call Columbus, Ohio home.  That means that they brave some very harsh winters.  Not one to let the climate affect his productivity, Blueprint is always working on new music.  On the other hand, the brutal cold does indeed affect the mood of his productions.  Prior to the release of these EPs, Blueprint had never shared any of his dead-of-winter creations with any other artist, let alone the general public.  That all changed after Illogic heard this music, and the two decided it was high time to make some magic utilizing this untapped resource.

All of the songs that comprise these EPs share one common denominator.  The music sounds dense.  There is an implied weight, almost as if a stifling, oppressive blanket has been thrown over the speakers to keep them warm.  At times the music simply sounds ominous.  That’s not to say that the beats aren’t propulsive or energizing.  Far from it!  My entire upper torso, not just my head, bobs and grooves uncontrollably throughout the EPs combined running time.  It’s just that the music doesn’t lend itself to thoughts of sunshine and flowers.  Nope, this music sounds like winter.  It’s the perfect soundtrack for my present situation.

Of course, all of this unique musical content would fall flat on its face if the lyrical content failed to hold up its end of the entertainment bargain.  Fear not waveriders, because Blueprint and Illogic never disappoint.  Yes, you read that right.  They never, ever fail to bring their A-game.  I’ve been following both of these artists for a number of years, and my faith in their work has always been rewarded.  Every release.  Every time.  Blueprint is a wicked storyteller with honesty and wit to spare, and Illogic has one of the most unique rhyming cadences I’ve encountered to match his oftentimes ridiculous and complex lyrical content.  Ah…you need samples?  All right.  Here is Blueprint’s verse from the song “Step Aside” off of Electric Purgatory Part 2.

We got what you missin’, buy the disk and take it home / Slave to the rhythm, find a system, play it on / Feelin’ it, killin’…it, until the break of dawn / Play it strong, then admit that it’s your favorite song / You feelin’ them? Shit, I wonder what you base it on / Whether braided long I go until they faded gone / I mean their fad is gone, my bad I’m on some say it wrong / I owe it no regret, think I’m gonna let it stay in song / This is what you dissin’, on a mission hatin’ on / Then state your intentions, get explicit, make it known / Makin’ a song is like the dame you want to make your own / But never can, because I always seem to take her home / Never obey the norm, they was born to break the mold / That’s why they find your anger so entertaining…clone / Now the famous show, gratin’ though, frontin’ make it rain / I’m goin’ to brainstorm until it’s rainin’, go.

Pretty sick, huh?  Yeah, I think so too.  To complete the picture, here is Illogic’s verse from the song “Never Gonna Make It” off of Electric Purgatory Part 1.

Laminated emotion, is shooting from the storm / You…fabricated devotion in smiley face packaging / I always notice the insanity you wore / Under your jacket so I shouldn’t be surprised this is happening / Friendships a burning bush, faith is a parted sea / Blindfolded ocean till the waves crash, swallow me / Sacrifice is a double edged sword / I never understood it, till I understood that my sons follow me / Spoke every move I make into existence / This throne of independence shakes till the levees brake / It’s amazing that drowning in serenity’s only penalty / Is…falling in the arms of divinity / I’m no…longer grazing in the pesticide valleys / Now I answer the snow capped mountain peaks call / I don’t question the investment of who surrounds me / My biggest problem is deciding which masterpiece to draw.

Wow!  If you don’t think that verse is terminally ill (pun intended), you’ve got major problems that need a doctor’s attention…stat!

Needless to say, I’ve had these two EPs on endless repeat since my ordeal began.  When I receive a phone call from someone updating me on the progress of the rescue crews, I always graciously tell them that I’ve got everything I need, and that if someone else urgently needs assistance they can take priority over me.  That’s the power of great music.  It can make any situation tolerable.  And this waveriders is great music!

Horn said…
Even after having downloaded both tracks (I'm up to 5 hip-hop artists now! Dopeness, you are I.), it still vexes me: how did you get in that situation, how did you end up getting out, and what happens to the house?
February 17, 2011 at 9:33 AM