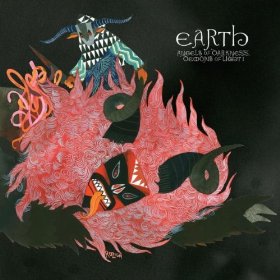 I apply a similar rule to listening to (and by extension, judging) music: I like all forms of music, but usually listen only to metal or jazz.

And I don't know if you're familiar with stereotypical metal versus jazz fans; they're usually polar opposites. Metal is often anti-intellectual ("Does it rock or not?!"), and jazz tends to be the reverse, overthinking everything ("I found his use of progressive thirds intriguing") and not generally concerned with whether Paul Motian's new album rocks (or swings, as they say).

I try to exchange expectations between criticism of these two genres. I try to get the "feel," the guts, of jazz (ignoring music theory unless it's relevant to the Rawk factor), and then analyze metal.

Jazz has plenty of people who'll analyze the shit out of a chord progression, but very few who'll try and rock out with it. Metal, on the other hand, has scads of leather-clad Visigoths who don't give a second thought to the most basic music theory tenets (for example, did you know that the main riff from "Raining Blood" is a diminished scale in E flat?), but will sure as hell tell you if the new Havok album "fucked my face off," as the terminology goes. The two approaches are due for an exchange.

And maybe you don't give a wildebeest's butthole about theory, and just wanna know if something rocks or not. If so, you should skip down a bit, because I'm about to go up my own butt on this motherfucker.

First, preamble: I listen to different genres of metal for different reasons. Thrash is for aggression and driving fast, black metal is for rage and catharsis, doom/sludge/stoner is for feelings of might, and drone music like Earth (or Sunn O))) or Alcest), while having stoner applications, is for darkness-- for a trance-like, sleepy state of relaxation.

Yup, relaxation. You can listen to Earth loud as shit (like Sunn O))) in concert), but it's still calming. Like standing on a heavy-breathing giant that you know has your back.

And this music has a ton in common with jazz, specifically the type of jazz you probably think of if you don't listen to much jazz-- e.g., John Coltrane or Miles Davis. (Though notlike Cynic, Atheist, or later-period Death, which are more like jazz fusion, à la Weather Report). Coltrane and Davis, in addition, are both renowned (in part) for their modal jazz.

Short version: modal jazz sits on one or two chords for awhile. It tends to be slow and take its time. It gives a soloist time to spread out and relax into it, rather than having to sprint between chord changes (like guitar soloists in thrash metal would have do to, for example).

Earth, and their new Angels of Darkness, Demons of Light 1 (released 2/22) are modal metal.

Earth has fuuuuuuuckloads of time.

They are not. in. a. hurry. to. get. anywhere. Sometimes, they don't actually "go" anywhere at all.

If you have the time, you will love this album.

If you're in a hurry, you will hate this album.

Earth's last record, The Bees Made Honey in the Lion's Skull (even their titles take time), was laconic to the point of petrification, and, with its undistorted heavy string guitars, often could've passed for background music in a Sergio Leone western.

The first four tracks off of Angels... follow a similar blueprint, though having evolved that sound without fundamentally changing it: a cello pervades the music, sometimes in the background, sometimes fore, and makes the sounds more gentle and more bittersweet than previously.

This is reminiscence metal.

The cello particularly, and the overall instrumentation in general, gives "Old Black," "Father Midnight," "Descent to the Zenith" and "Hell's Winter" a mournful whimper; the dominant, sometimes only chord in the songs lend themselves to single-tone singalongs, aka mantras and chants; Angels of Darkness, Demons of Light 1 is an hour-long farewell, like ice in the sun falling from a roof.

The instrumentation is eclectic and impressive: cello, electric and acoustic basses and Dylan Carlson's twangy clean-channel telecaster. Promotional materials mention that Earth put "a greater emphasis on improvisational songwriting tactics," which help explain the sparse arrangements. It might also explain why the last piece, the 20-minute title track, is the most absorbing and clearest evolution in Earth's sound.

There are rarely drums in it, and the piece is rubato (without definite time) for much of its length. (Try and tap your foot to it.) It changes and morphs and slides in and out of time and then key; it's the musical equivalent of the goo in a lava lamp. Earth seem to love sevenths-- "tense" notes, that beg to be resolved and make it uncomfortable when they aren't. Like a very quietly argumentative man, who suddenly and periodically comes to some kind of angering conclusion (like the jarring string rakes at 10:50).

Frankly, just the fact that they used some degree of improvisation (like jazz) is reeeeeeeally cool.

Overall, Angels of Darkness, Demons of Light 1 is miraculously "blank." Very little happens, but (if you're patient with it) you won't want to stop listening. Soloing over it, it would be nearly impossible to find a wrong note or even a wrong sound; all are welcome.

On Earth©, this is the way the world ends: not with a headbang but a whimper.

Penfold said…
Metal Penfold: Ummm, I'm confused. It rocks? It doesn't? What's going on?
Jazz Penfold: I learn so much from these reviews. My listening philosophy has been forever altered. Tremendous!
February 11, 2011 at 8:32 AM