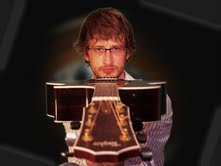 From 1976 through 1979 you couldn’t find a rock AM radio station that didn’t have one or more Al Stewart songs in the rotation.  Hits such as “The Year Of The Cat,” “On The Border” and “Time Passages” provided a steady and jazzy folk rock background to the times.

Ten years earlier Bob Dylan crashed his motorcycle and was injured.  During his convalescence he wrote demos for other up and coming talent including “This Wheel’s On Fire” for Julie Driscoll; “You Ain’t Going Nowhere” for The Byrds; and “The Mighty Quinn” for Manfred Mann.  However, he spent most of his time playing in his basement with a band called Big Pink that would ultimately become The Band.  When Al Stewart hit the airwaves in 1976 Dylan was completing The Band’s farewell tour, The Last Waltz.

I don’t know if Dylan and Stewart have ever played together.  If they have I haven’t heard it. Dylan is an American raised in Minnesota whose personal folk music is greatly affected by the British Invasion and the blues.  Stewart hails from the U.K. and originally worked with legends such as Jimmy Page and Alan Parsons before finding his own stardom in the U.S. If they had made music together what would it sound like?  What type of lyrics would they write?  How would they orchestrate the music?  Would they be any good?

Now, I think I know the possible answers to these questions. In my inbox was a new thirteen track release of original material from ortoPilot called The Weatherman.  ortoPilot is basically the band name for Matt Hutchison.  Hutchison is from Manchester, U.K. and is probably best known for YouTube videos of song covers (he has also released five volumes of covers.)  This, The Weatherman, is his third, and latest, release.

The release moves Hutchison away from his bedroom covers and provides a professionally recorded, and satisfying, baker’s dozen of original tunes.  Hutchison’s smooth Manchester accent has the same affectation you hear in Al Stewart’s voice and, like Stewart, Hutchison combines it with skiffle, folk and jazz acoustic guitar and orchestration.

You might enjoy the night and I will listen to anything you have to say.

I will offer advice to help you on your way.

But she stays here waiting.

I’m hanging on if you want to get wasted and move on.”

The lyrics make you wonder whether Hutchison is a pusher or just love-smitten and trying to hold on to a love that is ready to leave - which is to say that the lyrics have nuance and texture that Dylan’s lyrics possess.

Hutchison builds his tracks with his voice and acoustic guitar as the primary elements.  He then surrounds these with other instruments, drums and harmonies to build very accessible and soaring lyrical musicscapes.  It is all soft, comfortable, thoughtful, oddly nostalgic and very enjoyable.

If you know Al Stewart’s hits and Bob Dylan’s post-accident music and can combine them in your mind, you won’t need The Weatherman to know which way Hutchison blows.  If you think the combination works for you, or if you can’t visualize the combination, then, by all means, check out this ortoPilot release. You won’t be disappointed.


http://soundcloud.com/mud-hut-digital/ortopilot-whatever-comes-up
Posted by The Ripple Effect at 12:53 AM