City and the Sea - Leave A Light On EP

A while back, Pope and I talked about how cool it may be if every once in a while, we both reviewed the same album.  Two different opinions from the same site on the same work.  It may be cool to see how each of us responded to the album and as a waverider, you may find it helpful in deciding if you want to check it out or not.

But being inherently lazy, we never did it.

Until now.  Unbenownst to Old School and Mr. Brownstone, they each got a copy of this dramatic new album by City and the Sea, and both responded with . . . well, we'll let you read on. 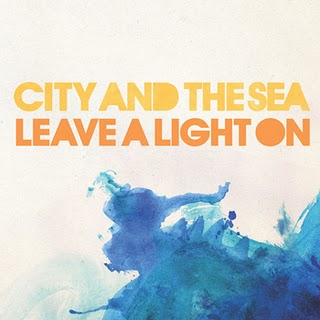 The EP Leave A Light On by City and the Sea contains only four tracks and I can’t stop playing it over and over and over again.  If this EP, released September 21, 2010, had been on vinyl, by now I’d need a new needle and a new pressing - and I would immediately go out and get it.  It is available on CD but is also downloadable for free in high quality digital formats, so fortunately, I can listen and listen and listen without wearing it out (however, I sure would like to hear this one on vinyl.)

I love Leave A Light On.  I hear lots of original music.  I play lots of original music.  But, this - this is highly original World-Class Motown soul and kick ass rock.  The band started in 2006 as The Mississippi Kings, but then decided to change its name and sound.  Now, as City and the Sea says on their website biography, their sound is “Part Detroit, part steel town Hamilton [Ontario, Canada] and part Manchester, England.”  The four person nucleus of the band is: Nick Cino (lead vocals), Mike Ventimiglia (lead guitar), Dave Marini (bass) and Dano Stajduhar (drums). All four tracks are originals.  The writing and performances are amazing.  The EP was produced in Hamilton, Ontario by Glen Marshall (Feist, Apostle of Hustle) and Michael Keire (Dark Mean, Wildlife.) The band and producers have crafted four masterpieces.

The EP starts with “Fool’s Union,” a gritty hard rocker that sports a struttin’ attitude and killer guitar and bass riffs.  The band provides lead singer Cino with high intensity background vocals that accentuate the power chord display. The tune out bads Bad Company, outdrives Bachman Turner Overdrive and is hotter than Hot Tuna.  “Fool’s Union” is not even the best track on “Leave A Light On.”

The band turns to modern Motown and competes with Detroit’s best on the second track “Hundred.”  By adding a horn section (Scott Neilson on saxophone, and Ellis Marsalis-trained William Sperandei on trumpet) City and the Sea cooks up a soul blues with guitar parts as good as Eric Lindell and a sound that would make Harold Melvin and the Blue Notes melt. This isn’t even the second best track on the EP.

The third track is “Leave A Light On,” the song for which City and the Sea names the EP. It is an introspective, emotional, power rock ballad.  It is the kind of tune that will have you raising a fist and singing the tag line “Please leave the light on for me.” It is arena rock at its best.

The final song - last, but, certainly not least - maybe even best, is “Gimme Back My Soul,” a modern Detroit soul rock piece with a downright infectious riff. Sharon Jones and the Dap Kings have nothing on this City and the Sea tune. Even when the track is over I am still humming “Gimme Back My Soul.”

Then, comes the worst part of the EP - it is over.  In a little over twelve and a half minutes I fell in love and now it is over. I miss this music. City and the Sea, I want more and I want it now! So will you.


Four dudes and kick ass music, what more do you need? City and the Sea shows how to rock n’ roll the good old fashioned way. They’re a little bit of everything and have that perfect mix showing soul, remarkable rhythm and loud guitars that totally have a Detroit/Southern rock sound.

Letting loose on the “Leave A Light On” EP, City and the Sea showcase soulful, bluesy country rock that was previously established on their debut album “Long Time Comin.’” Their passionate playful sound seems reminiscent of songs you have heard years and possibly even decades before, but somehow they aren’t. On their debut, they have been compared by some as a “Marvin Gaye meets the Rolling Stones” and I can completely see that.  However, I get more of a Kings of Leon, Black Crowes, Lynyrd Skynyrd, and Kid Rock (2007 to present) sound. They are a little bit country, a little bit rock n’ roll and a whole lotta soul.

The band is comprised of Nick Cino (lead vocals), Mike Ventimiglia (lead guitar), Dave Marini (bass) and Dano Stajduhar (drums). “Fool’s Union” sweet soulful sound leads off City and the Sea’s  Leave A Light On” . Call me crazy, but Cino comes across like Paul Stanley on the beginning part of this track and take the intensity one step further. It’s like Kid Rock, Marvin Gaye and Paul Stanley’s vocals are all combined into one exquisite voice.

They are complete badass rockers you can’t help, but want to sing along with them as though they are “already rock anthems.” Almost every time I listen to the songs off this EP I feel like I am listening to a modern classic rock song. As the lyrics point out, I feel “like a fool” saying that, but their “southern” spirit just overpowers me when thinking about this band.

Horns heat up the song "Hundred" and captivates listeners in a whole new way proving their versatility. They say heart no longer exists in modern music, especially rock. Obviously, those people have never listened to City and the Sea and are truly missing out on a passionate playful band. Their melodic music is fused together to create a simplistic splendid style all their own.

Pop penetrates this EP in “Leave A Light On” showing their softer side and a mature modern outlook on life. This is a great single and one of my favorite songs of the year. I hate do that in a review, but it’s just so sweet and sad. It’s an effective emotional song that leaves you on the edge of your seat building up until the very end. No doubt in my mind, City and the Sea definitely wear their heart on their sleeves and are damn proud of it! More modern rock needs to be like City and the Sea.

There you have it; two totally unbiased opinions that make the same conclusion.  An album worth checking out.

Two for the price of one, eh? I like it. Well done on the fine write ups gents.

Hey, my wife and I have been reviewing this way for nearly twelve months now. It is sometimes fun, sometimes frustrating but never, ever boring.