Poobah - Let Me In 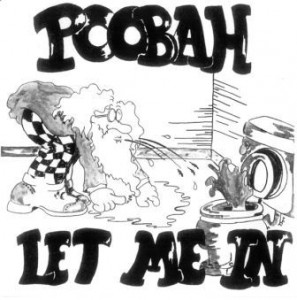 One of the first things that attracted me to the Ripple Effect freaks is their deep love and understanding of the ultra obscure heavy bands from the 1970’s that they feature on the “Proto Metal Report.” Anyone who takes time out of their lives to champion Dust, Sir Lord Baltimore, Toad, JPT Scare Band, Jerusalem, etc is someone I want to know. Nobler than just talking about it, they are putting their time and money into bringing some of these lost artifacts back into existence again on their Ripple Music label. They’ve already unleashed a great collection of unreleased JPT Scare Band recordings and now they’ve done us all a huge favor by reissuing Poobah’s Let Me In.

I bought my copy just to support the label but didn’t know what to expect. Turns out this is right up my alley. Vintage Alice Cooper, Black Sabbath, Jimi Hendrix, Johnny Winter, Grand Funk Railroad is some of my favorite rock and Let Me In is a killer mix of all of ‘em. Grand Poobah, guitarist, singer, songwriter, Jim Gustafson is an awesome player and burns up the fretboard like a muther. It reminded me a lot of the first time I heard the Truth & Janey band – kick ass American power trio rock from the Midwest with lots of heart and soul.

Recorded back in the glory days of 1972, the original LP of Let Me In featured 6 killer jams and a great album cover. “Mr. Destroyer” starts off with a very funny spoken intro, somewhere in between Cheech & Chong and the voice on the early Ohio Players song “Funky Worm” before an almost “War Pigs” style riff. Jim peels off some great solos and they rhythm section of bassist Phil Jones and drummer Glenn Wiseman is very tight and grooves hard. Jim’s playing brings to mind both Ron Asheton and Tony Iommi at the same time. “Enjoy What You Have” is a mellower song that should replace Boston’s worn out “More Than A Feeling” on the playlist for all classic rock radio stations. It’s followed up with the killer mid tempo boogie of “Live To Work.” Even though Poobah is from Ohio, this is pure Texas boogie that would make Johnny Winter take notice.

Side two of the original LP kicks off with probably my favorite song “Bowleen.” It’s got a great tribal drum beat similar to Alice Coooper’s “Black Juju” and Jim adds some spooky organ on top of his creepy guitar riff. “Rock N Roll” is the type of song that my older brothers used to love to torture my mother with back in the 70’s. It’s loud and obnoxious with lyrics about how great rock is and of course getting high! I can practically hear her screaming to “TURN IT DOWN” during the guitar breaks. “Let Me In” is a 6 and a half minute epic that has everything you could possibly want – great riffs, lyrics about brotherhood and a drum solo.

In addition to this great album, there are TWELVE bonus tracks! You get everything from what was probably their intro tape (“Here’s The Band”) to unreleased gems like “Going To Rock City” and “Walk Of The Bug” to live rehearsals and radio edits. No expense has been spared on this package. Audio restoration and mastering was handled by none other than Tony Dallas Reed of STONE AXE. This guy knows a little bit about how classic rock should sound, so you know the fidelity is top notch. The CD is almost 80 minutes and the double LP is a thing of beauty. The colored wax is a tripped out marble and the inside spine awaits your seeds!

Buy here: Let Me In

Killer album. Poobah is just a great band!This album has stood the test of time, and still kicks butt. One of the best rock albums out there.

Thanks, man. We had a blast working with it and releasing it.

Glad you're digging it. Now all we gotta do is spread the word!