September 27, 2010
Final exams.  A beach.  A roaring fire.  Some mind-altering fungi.  And King Sunny Ade.
Such was my first excursion into the magical world of African music.  After a beach blow-out, I remember sitting on the floor of Greg's apartment, King Sunny's Synchro System playing at a low volume.  I remember floating within the music, levitating across the talking drum, drifting along with those amazing, serpentine guitar lines.  From that moment, I was hooked.  A near lifetime love affair that has only grown deeper with time.
Admittedly, African music, and world music in general, isn't for everyone.  Languages have to be overcome.  Unfamiliar song structures have to be overlooked.  But once you dip into that world, music will never be the same.  When you want to turn down the noise, when you want to dance, when you want something uplifting and buoyant, or aggressive and defiant.  It's there.
Even our good buddy Ray over at Ray's Realm fell under the spell of Amadou and Miriam's The Magic Couple, about as mesmerizing and haunting a release from any genre that we'd heard in a while.
With that in mind, and with the celebrated release of a brand spanking new King Sunny album, let us, oh waverider, drift on back down to that magical place and see what the world of World Music has in store for us this month. 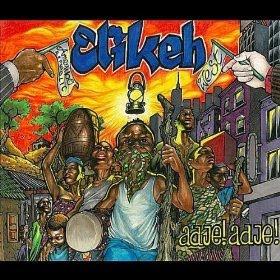 
Afropop from Togo via Washington D.C., and let me tell you, we really got something here.  Togolese singer-guitarist Massama Dogo combines afrobeat, rock, roots, and jazz into one trance-inducing, pulse-throbbing mass of sound called “Afro-high.”

And high it is. Elikeh’s new album, Adje Adje! brings forth all the beautiful polyrhythmic passion that makes afropop so delightful, and blends in some serious guitar, some soaring horns, and some gorgeous vocal harmonies.  Jubilant, buoyant, festive. Dogo’s lyrics, sung in English, French and the African languages of Ewe and Mina are layered over the nonstop percussive festival that is afrofunk.

I don’t know what each particular song means.  In fact, my digital copy of the album doesn’t even have separate song titles, just “Track 1,” and “Track 2”, etc.  But this doesn’t bother me.  Rather than concentrating on each individual track, when I play Adje! Adje! I take in the whole album at once.  One joyous, rebellious celebration of freedom, percussion, rhythm and dance.   Beats blend into horns into guitars into vocals back into beats.  The entire album percolates and pulsates, as if it wants to jump out of the player and dance itself.   Even the songs that are clearly revolutionary mantras bubble with a totally infectious spirit of dance and life. Truly magnificent.

If you are a fan of afropop of any kind, King Sunny to Fela to Toure Kunde, you will find lots to love here.  If you’ve never explored afropop before, but wanted a recommendation on a new album to go with the classics of the genre, look no farther.  Adje! Adje! has arrived. 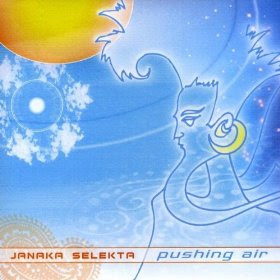 Incorporating Indian textures with downbeat groove and vibrancy, San Francisco DJ Janaka Selekta has created what may be the downtempo album of the year.

Rich aural passages flow seamlessly like water gently cascading through a wild brook.  Beats add and accentuate the passages without ever overwhelming the overall effect, one of transcendental mediation set to the dancefloor.   Beautiful, evocative, rhythmic, seductive.  Just a few words to describe the airy, spirituality of the album.

"Awake" soothes with its bass heavy hypnosis, layered with the air of the exotic.  "The Escapist," is just that, a mind-bending, or mind-releasing journey out of the self, riding the sitar to nirvana.   Strident beats, a destination. "Reborn" sounds as fresh as it's name implies with angelic female Hindi vocals.

All of us, no matter how hard we rock, need to take a few moments now and then to chill, let the noise settle, the spirit soar.  For that, let Janaka be your guide.

A chill out journey worth taking. 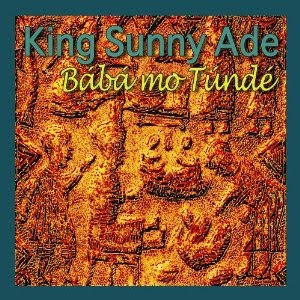 And finally we get to the master himself.  The man who began my entire odyssey with African music and then world music as a whole.  King Sunny Ade is a legend the master of Juju, a form of African music based on spiraling, snaking, hypnotic guitar lines, weaving and bobbing in and out of the call and response vocals, and the ever present talking drum.

Rhythm is the king here, punctuated with King Sunny’s mellow voice and serpentine guitar.  There really are no words to describe King Sunny’s music.  Going to one of his shows is a vast, undulating, meditative, hypnotic experience where music is the Lord, rhythm is the Church and King Sunny is the pastor.  12, 15 people on stage, who knows how many.  Drummers, percussionists, singers, guitarists, bassist, keyboard players.  And drummers, did I say drummers?  Lots of drummers.  6 hour long sets.  Sweat.  Dancing, swirling, spinning, and sweat.

It is a music to experience, to feel, not to analyze.  And as the first album the King Sunny has recorded in ten years, Baba Mo Tunde takes its place right along side his classics.  In fact, “Baba Loun Sohun Gbogbo” ranks right up with Synchro System as definitive King Sunny.  Just close your eyes and let it all flow over you.  Let your body loose, hips swaying, mind floating.  A heady, uplifting, aural orgasm.


I couldn't find any videos from the new King Sunny album, but here's a classic older track to give you a taste.