A Sunday Conversation with Alejandra O'Leary 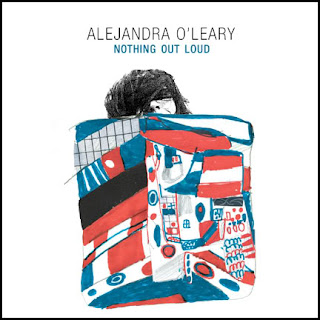 I remember the first time I heard the Beatles "From Me To You" on a falling apart hissy cassette in my Dad's car. When they hit that first high falsetto harmony -- "If there's anything I can do...." I felt like I was going 100 miles an hour down a steep fast scary thrilling roller coaster drop. I had never heard men -- or anybody -- sing like that -- and make such a haunting and unreal sound. There is so much echo and wobbliness on those early Beatles records, which contributes to the strangeness of it all. But the songs are so good, so satisfying and so playful and daring.

Tom Petty once said something about how the early Beatles sounded like aliens singing from another planet. I agree with that statement completely. Their sound is so totally unique, experimental, totally hypnotic. Bob Dylan was on board from the beginning, too, even though in the early 1960s the Beatles were being dismissed as teenybop stuff.

I also remember the first time I really listened closely to certain ABBA songs -- "Lay All Your Love on Me," "Knowing Me Knowing You", "One of Us," "Gimme Gimme Gimme (A Man After Midnight)" and some others -- and being totally entranced by the high-voltage singing and amazing songwriting and production on those tracks.

A musical idea gets into of me first, but only the most basic seed, like the melody for the chorus of my new song "When Will They Learn?". I woke up singing that tune and stumbled over to the piano before I'd even had any coffee and just started banging it out. I must have looked like a crazy person with my hair all tangled, dried spit on my chin, in my little shorts.  After that first moment, music and lyrics have to come together.  They just have to sound good together, you know? 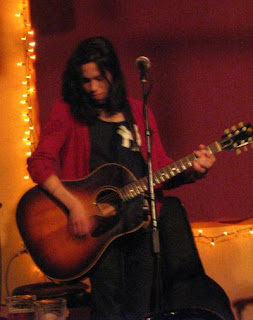 There is almost too much inspiration out there! I think that continuing to discover new artists, or "new old artists"  and learning how many different approaches there are to making music helps a lot. I was recently inspired by watching a movie about the history of Tom Petty and the Heartbreakers and how, for them, from the time they were all teenagers, music was the only thing they wanted to pursue. It wasn't even like a choice for them, especially for Petty himself.

I feel lucky to be always re-discovering awesome stuff in old bands. The Rolling Stones, for example -- their catalog goes so deep, they do so many different things, and most of the time they still rev me up and make me want to smash things or tackle someone in lust. How can a band do that? I'm still trying to figure it out.

Songwriter pop, I suppose. Rock n' roll. Music to dance with someone you have a crush on to.

I think beauty and joy are the two things I'm always going for. Deep joy can come out of a sad song, too. 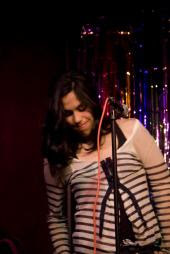 I don't have a standard. I think the song needs to stick, to be memorable, and that's really the number one criteria. Simple is a great place to start.

Staying focused on content - on music -- really helps you to keep moving ahead and not get lost in the jungle. Having good concert experiences and connecting with new audiences and super smart music fans  is always encouraging.

I get all kinds of marriage proposals at shows and stuff, but I always turn them down. I guess if I were really in Spinal Tap I would have accepted at least one by now, and made my fan-husband the new drummer.

A new angle on an old idea. Conviction. The way instruments contrast with and blend with each other.

I was 13 or 14. I think it was heavily influence by Oasis and featured lots of Liam Gallagher-like rhymes and delivery "Shiiiiiiiine all the tiiiiime" and lines like that. Oasis was a hard first influence to get away from! Shortly after that one, I wrote "I Don't Want to Go to Your Party," which became a hit for my all-girl college band, The Tourettes. 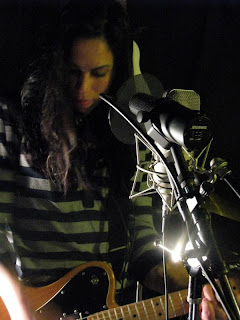 I like "You Gotta Love Me Sometimes" from my album Nothing Out Loud. I like the lyrics and the production a lot.

I have always love Morrissey's songwriting. I thought his last album, "Years of Refusal" was so enthralling and rocked so hard. His lyrics and sometimes even his melodies are so funny and hit you so deep at the same time. And of course, he is an incredible performer of his own songs.

Come to think of it, I think with "You Gotta Love Me Sometimes" I was going for a very Morrissey song title. Morrissey and the Smiths always had all those great, full-sentence titles: "The More You Ignore Me, the Closer I Get," "We Hate it When Our Friends Become Successful," "Shoplifters of the World Unite" etc.

Vinyl is the best! I grew up with a record player in my room and all of my Dad's old Beatles and Dylan and Richie Havens records. I think when I was about 12 I tried to play some Beatles record backwards to see if I could hear anything about Paul Is Dead. I love the way records sound, even the pops and scratches excite me. You feel like the musicians are in the room or something. And of course you can lose yourself in the album art. Since moving to Michigan with finite room in the car, I'm now limited to CDs and computers. Not as good.


We, at the Ripple Effect, are constantly looking for new music. When we come to your town, what's the best record store to lose ourselves in?

Wazoo Records in Ann Arbor is the place to go.

Thanks for listening, and keep rocking all the time. And here's a party tip from Andrew W.K. that I always keep trying to come back to: Be Nicer than Normal.
Alejandra O'Leary free download free mp3 interview. new album singer songwriter