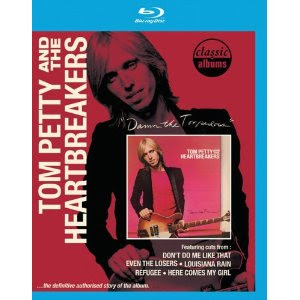 I was 16.  Fiat keys hot in my hands and a brand new pioneer tape deck in the dashboard.  I remember it as if it was yesterday, driving down the twisting, back-country road from my girlfriend's house towards the high school, Tom Petty singing out the soundtrack to my life.

Tom Petty has been around for so long, and produced such a consistently strong catalog of music that it's terribly easy to take him for granted.  But we shouldn't do that.  At the very least, Petty and his remarkably tight backing unit, the Heartbreakers, produced some of the most classic, pure rock songs of the late '70's and early 80's.  In truth, Petty is much more than that and just may well be one of the best songwriters of his generation.  Capable of pulling out a seemingly endless stream of perfect melodies, and capable of crafting a body of work that is entirely his and his alone.

Emerging during the punky/heady days of 1976, Petty initially got lumped into the punk crowd, with his jangling guitars, punky energy, stonesy swagger, and urgent vocal style.  I remember clearly the first time I  heard "Breakdown," and falling in love immediately with the 'difference' of it all.  It sounded nothing like the Kiss or Aerosmith albums I was digging, yet is was so much more familiar to me than The Ramones or New York Dolls or Iggy.  But Petty never was punk. Coming from the deep south of Gainseville, Fla, Petty combined the rootsy drive of the Stones with the southern soul of his roots, tossed in some jangly Byrds-esque Rickenbacker, and drove the whole shebang home with his impassioned vocals and intense energy.

Still, his first two albums only found moderate success, and by the time his third album was due to be recorded, Petty and his Heartbreakers felt they were ready for a breakthrough.  An album to push them over the top.  Their producer, Jimmy Iovine believed in them.  Engineer Shelly Yakus brought a new sound to them. 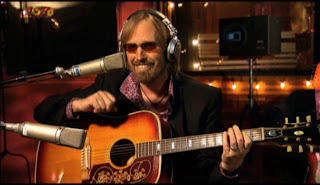 And with Damn the Torpedoes, Petty delivered the songs.

As with all the chapters of the Classic Albums series, this DVD set really is the definitive look back at one of the all-time classic albums of American rock.  Merging interviews with the band, Iovine, and Yakus, this DVD brings a totally new and fresh glimpse into the making of this iconic album.  The struggles within the band, the legal problems the band faced.  They're all here, but there is so much more.

One thing that comes across so screamingly loud and clear is just how virtuostic and talented the Heartbreakers were. It's not by chance that Petty kept them around for his entire career.  In Mike Campbell, Petty had found a true guitar god, who manages to bring a sound that is so totally his alone to the proceedings without ever overplaying the song.  As with all the Heartbreakers (and Petty himself) Campbell is massively under-rated as a guitarist.  But few musicians are able to define a sound so distinctly their own as to be instantly recognizable.  Campbell is one.  Listening to him describe how the power of "Even the Losers," made a single string guitar solo sound weak, so he crafted the perfect solo playing two strings simultaneously just turned the light on my respect bulb for the guy.

Benmont Tench is another irreplaceable component of the Heartbreakers sound.  Listening to him (and the others) describe the subtle intricacies of the album, the complexity of the arrangements, the thought that went into each passage, each song, each verse, brings brand-new respect for the creative process. As with all the Heartbreakers, under-rated in his virtuosity.

As usual, the best passages tend to occur when all the guys are gathered around the mixing board, discussing the various sounds they strove for.  Dropping the knobs down to the left, bringing them up to the right, I felt like I was being completely educated into the mysteries of recording.  The lucky breaks, the freak coincidences and the pure unadulterated genius. It's like a crash course for the uninitiated in record producing.  A treasure of lessons, ideas, and facts.

Of course none of this would mean anything if the music wasn't so good.  But damn, it is.  Damn the Torpedoes holds up today just as strongly as it did back then.  In fact, to my ears it sounds even better today.  Perhaps it's just that I listen to music with a different appreciation now than I did as a hormone-driven teenager with a wobbly Fiat and a couple of blown speakers.

"Refugee," is truly a great American rock song, but the rest also sound so fresh.  "Century City, " with it's powerpop drive.  "What are You Doing in My Life," with it's adrenalinized venom.  The languid daze of "Louisiana Rain."  The majestic pop perfection of "Here Comes my Girl."  And the singing-my-grand-theme-song "Even the Losers," sounding just as revelatory as ever.  And then to find out that Petty made up the choral line "Baby, even the losers, get lucky some time," in a spur of the moment, top-of-his head, spontaneous moment of pure creation just boggles the mind.

Damn the Torpedoes is a timeless statement of pure rock and roll craft.  An iconic album.  One that has stood the test of time and will continue to for years to come.  Any fan of Petty, classic rock, or the history of recording, mixing, and crafting a perfect album should not miss this one. ---Racer